Theatre Lawrence Presents "The Lifespan of a Fact."

Piet Knetsch talks with host Dan Skinner about the Theatre Lawrence production of "The Lifespan of a Fact." Knetsch is directing the play which runs January 20-29th. The plot involves a magazine that assigns a fact checker to verify the truth behind an essay about the suicide of a teen-aged boy. The fact checker and the author of the essay engage in an intellectual battle about the relationship between facts and truth. Knetsch says the play is both dramatic and comedic, and believes the play will provide food for thought and discussion for the audience after they leave the theatre. 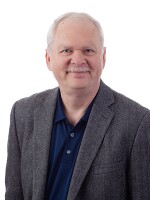