UPDATE (08-18-22): Kansas Public Radio has just been named the Kansas Association of Broadcasters' Station of the Year for a record 21st time.

Using a donated FM transmitter that a commercial radio station was throwing out, Kansas Public Radio began its life as KANU FM 91.5 in 1952.

The commercial station didn’t think FM radio would catch on.

FM and KANU have come a long way since then. Now celebrating its 70th year on the air, the radio station has grown into a collection of FM transmitters and translators scattered across the eastern third of Kansas. (Factoid: KANU was the nation's first non-commercial radio station to broadcast in FM stereo - and we have a letter from the FCC to prove it!)

From our first day of broadcasting on September 15, 1952, Kansas Public Radio has been committed to presenting high-quality news, classical music and jazz to the people of Kansas.

Along the way, we opened up a Kansas Statehouse Bureau (one of the few stations in Kansas to do so). We also earned a Peabody Award and countless other accolades for our news and music programming. One of our unique music shows, the Retro Cocktail Hour, is syndicated on more than 100 radio stations around the world. We also raised private funds to build a world class Live Performance Studio, which we use frequently to showcase top-notch classical, jazz and folk musicians. We’ve also hosted Live Music Days, where our recording engineers go out into the community to conduct live remote broadcasts featuring area musicians.

Our listeners seem to love it. And those listeners now provide our single largest source of financial support (more than 84%). With help from listeners, our on-air fund drives don’t just raise money for us. KPR often partners with local food banks, homeless shelters and area humane societies to raise money and awareness for their efforts.

Kansas Public Radio has also been recognized by our peers, winning the Kansas Association of Broadcasters’ Station of the Year Award a record 20 times since it was first created in 1996. That’s more than any other radio or TV station in the state.

And while awards and recognition are great. They are just one measure of success.

For the past seven decades, Kansas Public Radio has been serving our community with a single focus: to provide the highest quality arts and information programming that inspires, enlightens and entertains an increasing number of listeners.

Not bad for a station that began with a hand-me-down transmitter.

Thanks for reading our story. 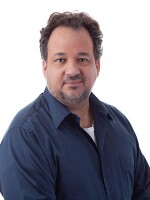