Public art can take many forms...theater, street music, sculpture or parks. But one of the most visible forms of art in a public space is a mural. It becomes a part of the landscape in a community, to the extent that after a while, you might not even notice it. One of the nation's foremost muralists, Dave Loewenstein (LOH-en-steen), makes his home in Lawrence. From 2010 until 2013, he was part of a project that helped small communities create murals to reflect their history and values. Nicholas Ward and his partner Amber Hansen were painters with that project, and what they saw inspired them to film a documentary. "Called to Walls" tells the story of the process of mural-making in four Midwestern communities. Co-director Nicholas Ward talked with KPR's Laura Lorson about the experience. He says it changed his perceptions of how people work together...and how he thinks about art.

That was filmmaker Nicholas Ward, co-director of the documentary film "Called to Walls." The movie will premiere tomorrow (SAT) night at Liberty Hall in Lawrence. He spoke with KPR's Laura Lorson. For more information about the film, visit calledtowalls.com. There will also be a panel discussion following Saturday night's screening, featuring the filmmakers, muralist Dave Loewenstein, mural project coordinator Audrey Schmitz, and cultural activist Arlene Goldbard. More information on that event is available here. To see the movie trailer for "Called to Walls," click here. 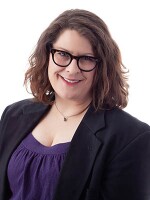