The lesser-prairie chicken is native to the southern Great Plains, but most of its habitat has been taken over by agriculture. And whether to list the species as threatened is still in limbo. To help out, the USDA is working on a different conservation approach. It hopes to benefit native wildlife and the people who call the Plains home. For the Kansas News Service, Suzanne Hogan has the story.

ENGLEWOOD, Kansas — Lesser prairie chickens don’t really bother Mike McCarty. He likes them just fine, but doesn’t think people understand how hard it is to balance wildlife conservation and being a rancher and farmer in southwest Kansas.

For more than a decade, the lesser prairie chicken has been the source of contention out here in the southern Great Plains, especially in Kansas, which is where 90% of the remaining birds live. In 2014, the U.S. Fish and Wildlife Service listed it as a threatened species, but a year later a judge overturned that designation. In 2019, environmental organizations filed a new lawsuit.

But next spring could be a turning point, as the U.S. Fish and Wildlife Service is set to make a decision on the bird’s designation. And there’s a newer program from the U.S. Department of Agriculture for broader voluntary conservation efforts, beyond just the lesser prairie chicken.

The lesser prairie chicken used to be found in Kansas, Colorado, New Mexico, Oklahoma and Texas. But the region has seen quite a change in the past 100 years, leading to the bird losing 85% of its natural habitat.

More and more land is being used for agriculture and energy production, like wind farms and oil, and invasive trees like eastern red cedar and mesquite are taking over.

It’s why the USDA wanted to address the changing grasslands 10 years ago. Because 95% of the lesser prairie chicken’s habitat is on private lands, the agency also wanted to get landowners involved, so it started the Lesser Prairie Chicken Initiative. 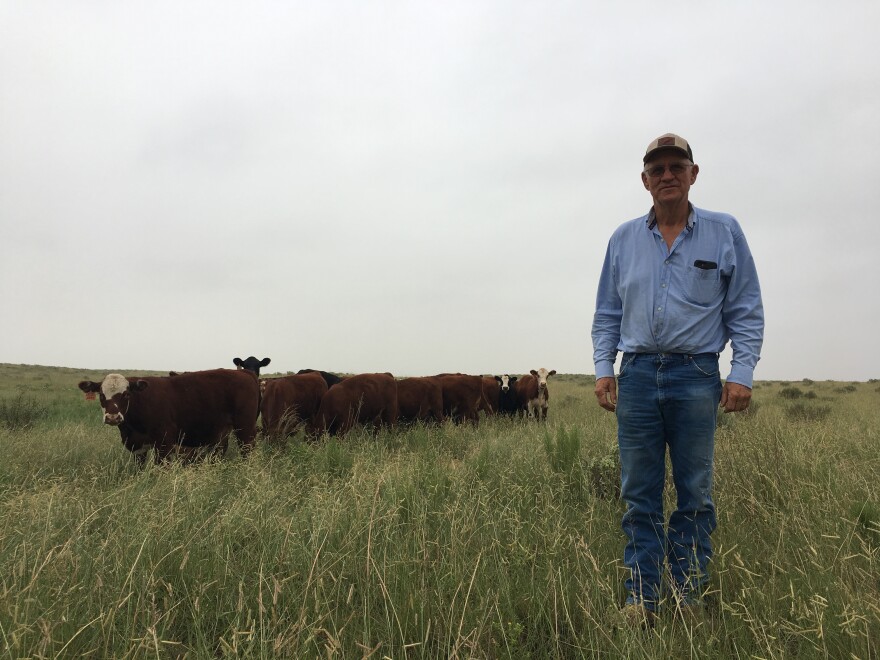 The program gives ranchers incentives to do things like change grazing patterns and prescribed burns and remove invasive trees.

And that’s where McCarty comes back in. He originally was skeptical of the initiative, but after a massive wildfire killed 50% of his cattle and burned 90% of his grass and crops, he decided to enroll in the program.

“It was a very rough time. And so we felt like we had to do something to try to bring in income,” he says, and, overall, it has helped him stay afloat.

The USDA has worked with nearly 880 different landowners, including McCarty, investing $44 million to preserve 1.6 million acres of critical habitat. And in that time span, the bird has been doing a little better, which makes Tim Griffiths a happy guy.

Griffiths is the Western Coordinator for Working Lands For Wildlife, another USDA program. He is based in Montana but is from Klamath Falls, Oregon — a place that became a battleground between loggers and wildlife activists when the northern spotted owl was first listed as an endangered species.

“It was ugly,” Griffiths says. “Seeing firsthand some of the negative impacts associated with pitting wildlife against agriculture, I became inspired to get involved and help find some win-win solutions.”

He says Working Lands For Wildlife is taking some of the lessons from the Lesser Prairie Chicken Initiative and expanding it to the rest of the Great Plains in the hopes that more voluntary conservation in a larger region will have a bigger impact. 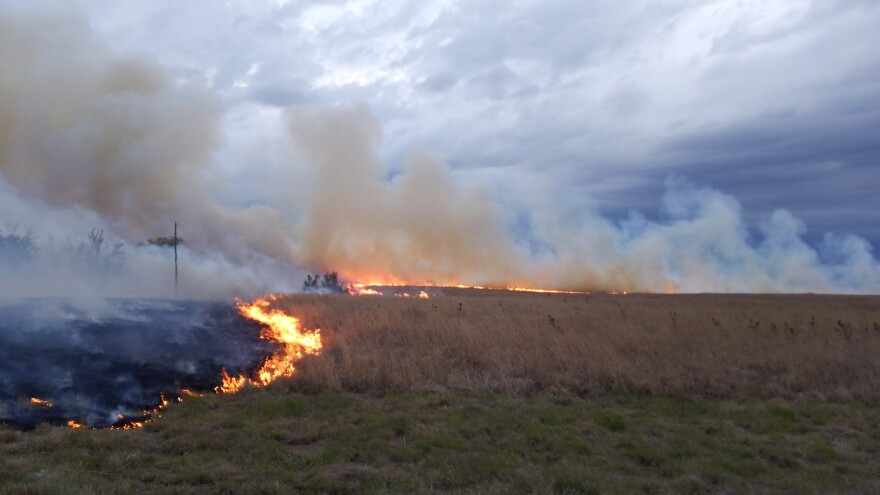 “We’re not ending any effort to conserve lesser prairie chicken habitat,” he said. “What we’re doing is we’re broadening our approach from just southern Great Plains to the whole of the Great Plains.”

Kansas State University researcher David Haukos is all for anything that helps the grasslands. But Haukos, who has studied the lesser prairie chicken since the 1980s, is worried about what might happen if the focus shifts specifically from the bird.

"It doesn’t take more than one more intensive drought and all those achievements, all those gains could be lost,” he said.

And because of the way their populations naturally ebb and flow, Haukos worries that climate change could send conservation efforts backwards.