Mark Holland, who served as mayor of the Unified Government of Wyandotte County from 2013 to 2017, will launch a campaign for the U.S. Senate on Monday, sources tell KCUR.

Kansas Republican Senator Jerry Moran has held the seat since 2011.

Because of his base in heavily Democratic Wyandotte County, Holland, 52, would have a strong shot at winning his party’s nomination. The only other Democrat who has announced a campaign is Michael Soetaert of Alta Vista, Kansas, who filed in April.

On Friday, Holland declined to comment on his plans.

Holland, a United Methodist pastor, is executive director of Mainstream UMC. It’s an advocacy group within the church that supports the ordaining and marriage of LGBTQ people.

He is the former senior pastor at Trinity Community Church in Kansas City, Kansas.

Holland would face a formidable challenge against Moran. Former President Trump has endorsed the senator, and Kansas remains a solidly red state that hasn’t sent a Democrat to the Senate since the 1930s. 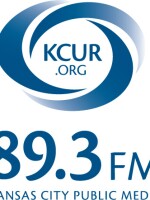 KCUR Radio
KCUR-FM, 89.3FM, is the flagship NPR station of the Kansas City metro area. It is part of Kansas City Public Media and part of the NPR digital network. Licensed to the University of Missouri-Kansas City and located on the UMCK campus.
See stories by KCUR Radio