MONTEZUMA, Kan. — As long as the wind has been blowing through the Kansas plains, people have been harnessing it to do their work.

But it wasn’t until 2001 that the first large-scale, megawatt-generating wind farm took root outside this small town in southwestern Kansas and began to harness the power of breezes on a 21st-century scale.

For anyone with a wall socket, it began to change what turned on the lights. For the environment, the wind farm marked another step to lighten mankind’s footprint on the planet. For people in the shadows of those towering three-blade contraptions, it meant found money

“I like them,” said Orville Williams. “They’ve been a very great economic boost for this area.”

Williams has lived in Montezuma in Gray County since 1961. He was one of the first people to lease part of his land to the company now known as NextEra Energy.

The turbines are now almost as common on a drive across Kansas as cattle, wheat and roadkill. But that’s all happened in the past 20 years.

As the call for transitioning away from burning fossil fuels to produce electricity grows and, with it, the push for more wind and solar farms, Montezuma’s experience hints at the money the giant pinwheels can bring — even if the industry now faces strong resistance in some corners of Midwest.

The Gray County Wind Farm is made up of 170 turbines capable of making enough electricity in a year to power about 35,000 homes.

In the 20 years of farming around the towers, Williams said he’s never really had any problems.

Sure, you can hear them, he said, but you’ve got to be real close.

“(But) most people around here,” he said, “I don’t think even notice them anymore.”

It’s been valuable enough for him that he recently signed a new 20-year lease. But it’s not just landowners with turbines who cash in.

Counties who let them go up get paid too. While wind farms are tax-exempt in Kansas, counties generally work out separate payment agreements with the energy companies to make up for some of the property tax losses.

The Gray County Wind Farm, for instance, meant $5.3 million in payments to the county.

“Anytime you can get money, but you’ve gotten the money from an outside source instead of having to get it from your local population, then it’s a win-win,” said Williams, who’s also currently a county commissioner.

In Gray County, at least, some of that money is set aside for local school districts.

The Cimarron School District, for example, got $3.6 million from wind farms in the past decade.

“There’s not another place that I can go to generate nearly half a million dollars every single year,” said Cimarron Superintendent Mike Waters. 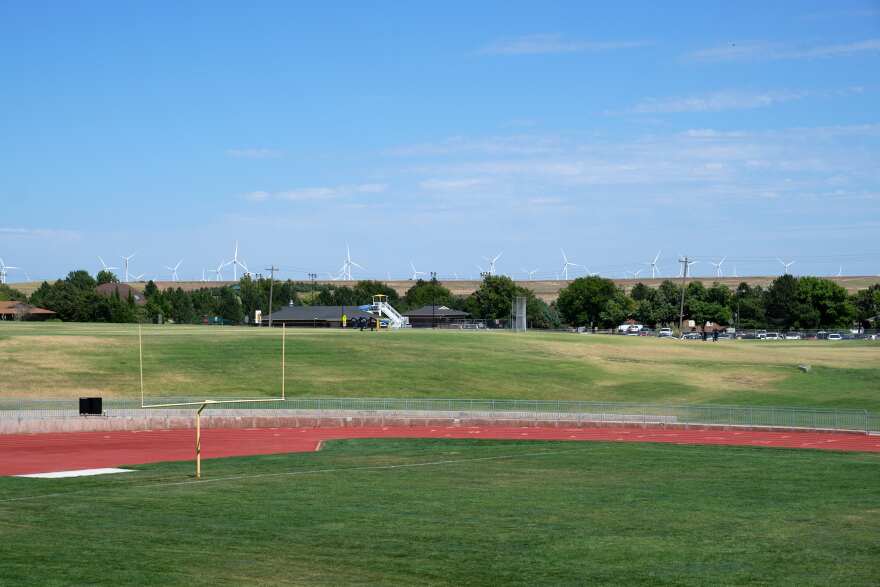 The district has used the wind money to pay for major construction projects. That’s helped it avoid tax increases.

Projects include two new parking lots, a kitchen upgrade at the elementary school and, most recently, a new grandstand at the district’s football stadium.

Standing at the top of the bleachers, you can see the wind farm that helped pay for them.

But even with dozens of positive experiences like Gray County to point to, it’s getting harder to sell wind farms in some parts of Kansas.

“That’s something that caught us a little off guard,” said Alan Anderson, an attorney with the Polsinelli law firm which represents several of the state’s wind developers. “But I think the world was changing faster than we appreciated.”

Starting around 2015, he said, the pushback moved beyond the typical local concerns all new development faces and into the realm of unfounded claims that wind turbines would cause cancer or change local weather patterns.

“It really was mirroring society,” he said. “There was more misinformation flowing, social media was taking off so it allowed misinformation to flow widely and then the populace was more receptive to taking this information and adopting and even using it out in the public.”

The shift in attitudes has forced him and the companies he works for to lobby harder and more aggressively.

Beyond local efforts to keep wind farms out, there have also been a few unsuccessful attempts by a Kansas legislator to pass highly restrictive laws aimed at making it nearly impossible for new wind farms to come to the state.

One bill would have put statewide limits on how far wind turbines need to be from houses and property. Those limits are currently decided at a local level. The limits in the bill would have been greater than any current local restriction. 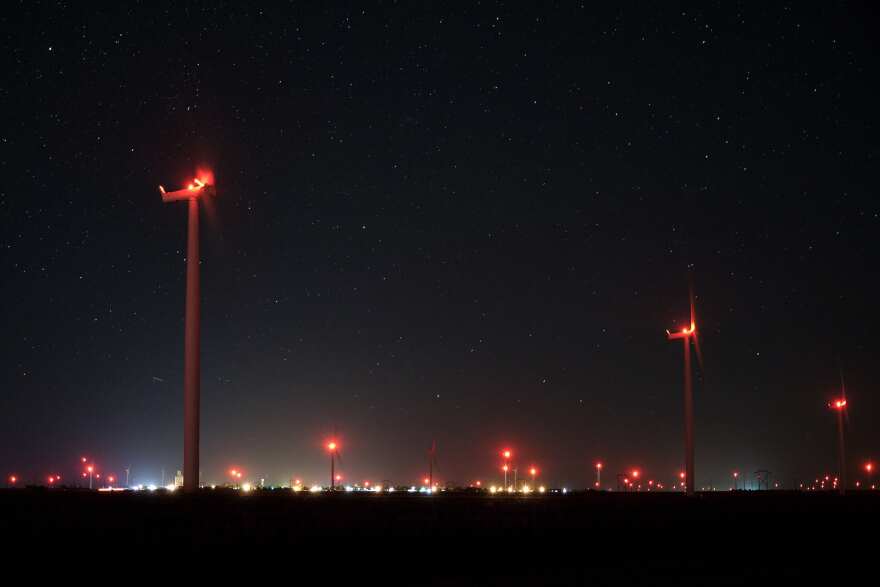 Like many of the people that live in places with several wind farms already, that’s fine by him.

“We hear somebody in a certain part of the state that doesn’t want one,” he said. “And we’re kind of like that doesn’t really make much sense to us.”

Part 2 of this story is available here.