GENESEO — In the Rice County town of Geneseo, population 200, there is a sign at the entrance of the city museum beckoning visitors. All kinds of visitors.

Welcome to Geneseo, where a movement is underway to name the town the UFO Capital of Kansas and perhaps even host a special global event on July 2 — World UFO day.

Evidence of otherworldly visitors is in a new permanent exhibit at the Geneseo City Museum.

When it comes to viewing the exhibit, think of a mix of Orson Welles' "War of the Worlds" radio broadcast of 1938, and episodes of "Lost in Space" and "My Favorite Martian" from the 1960s.

The UFO collection was originally gathered by Elmer Janzen, a Geneseo chiropractor.

The museum first opened in the 1960s and, when Janzen died in 1977, he donated his house and collection to the city of Geneseo. In recent years, the museum board's focus has been to help tell the unique stories of Janzen, along with the history of northern Rice County — including railroad history and early pioneer families.

"We call him Doc Janzen, and he was very interested in everything Geneseo," said Jim Gray, president of the Geneseo City Museum board and one of the people responsible for the museum's space alien exhibit. "He collected all kinds of early histories.

"But he was also a minister, and he had a belief the future could be seen in the scriptures."

"So, he was very much involved with this idea of alien visitation to our planet," Gray said.

"The whole thing begins for these guys with the atomic explosions in Japan, and they claimed that we were being visited by these alien beings to warn us that we were messing with the polarity of the earth by exploding these atomic weapons — and we were not only threatening our planet but the entire solar system." 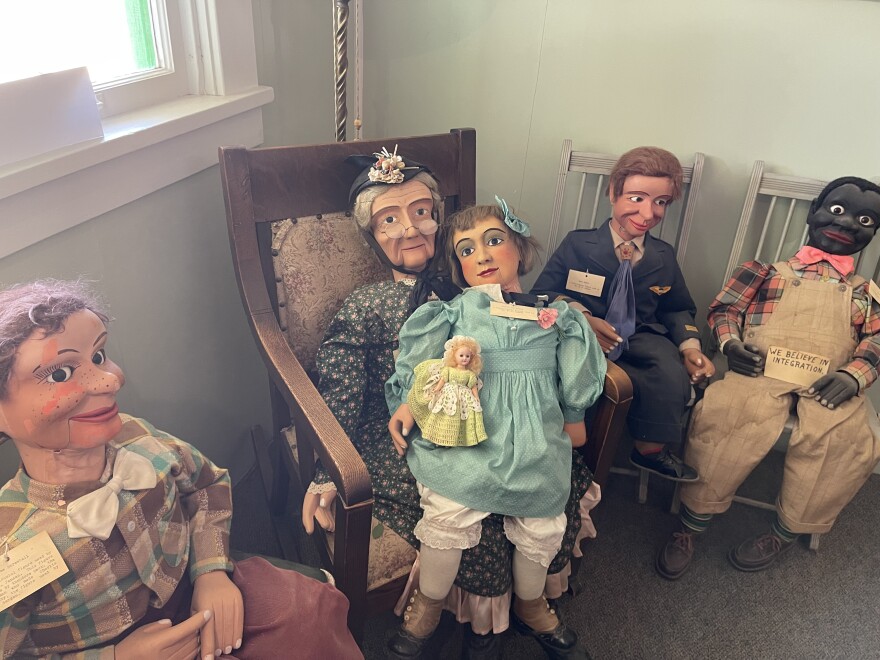 There was John Dean from Nickerson, who drew multiple illustrations of spaceships — both inside and out. Janzen collected spring water from Buck Nelson's farm in Missouri — that the space aliens liked to drink — and the hair of a dog from Venus … because just like humans, space aliens like to travel with their pets.

Photos of the dog, however, look suspiciously like a Pomeranian.

"When it comes to the flying saucer collection, I know no collection like this one … OK, so Roswell is like the cream of the crop," Gray said wryly.

"And I have been there, and it is a wonderful collection and story to tell — but it's not this story, and I don't think this story is told anywhere in the country in the way that we can tell it."

In fact, the exhibit and museum may be the only one of its kind in Kansas, Gray said.

Janzen had many interests beyond visitors from outer space. He became knowledgeable on Braille and magnetic tape recordings.

Part of his collection includes the letter Janzen received from Hellen Keller, the American author and educator who was both blind and deaf.

But the outer space aliens aspect is so intriguing.

"This is classic Americana of a specific time period," Gray said. "They (Janzen and other believers) did not think that these were little green men. They describe them as looking just like us. And they were living amongst us and actually influencing our direction. 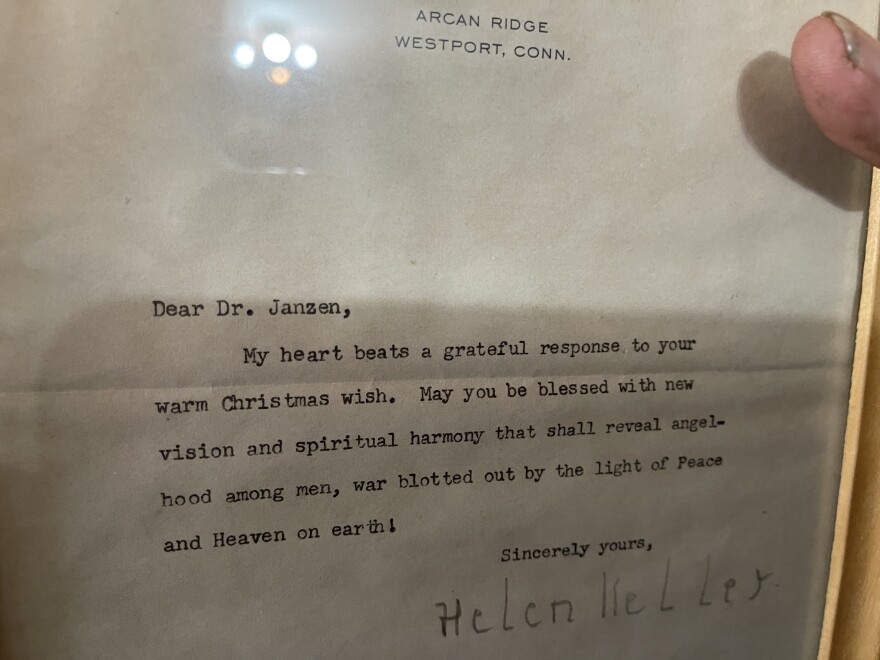 "They early on believed that there was this simple kind of Christian-type movement — that these alien beings were also Christianized — and then there were different branches that not all were interested in our welfare.

They began developing ways of identifying whether these were good beings or not."

Gray, whose family has lived in the Geneseo area for five generations, said he remembers as a child when Dean, Janzen's friend from Nickerson, came to Geneseo and made a presentation about spaceships.

"They did a PTA program here at Geneseo … and, of course, most the community was somewhat embarrassed by the whole thing," Gray said. "A lot of folks just thought of him (Janzen) as a crackpot, and they didn't want other folks to know about this guy's stuff.

"But he represented a culture that was widespread across the country."

And now, it may be the one thing that draws tourism visitors to Geneseo.

"They (believers of UFOs) understood that there were people visiting our planet from Venus, from Saturn and from far off planet they called Coriander," Gray said. "That's certainly some wild stuff.

"I've always said that the thing about being a Kansan is that when you grew up seeing the vast horizon, you get a sense that all things are possible. You get a sense of the openness of the prairie that you can't get if you are living in the eastern part of the country.

"A strong value amongst Kansans is that we are neighborly — whether it is our neighbors down the road or space aliens. They are just another neighbor and somebody to say howdy to."

The Geneseo City Museum is located at 907 Silver Ave. in Geneseo. It is open the second Saturday of each month from 2 to 5 p.m. or by special appointment by contacting Jim Gray at 785-531-2058.

Beccy Tanner is a former Wichita Eagle and kansas.com reporter. She prepared this story for KMUW.org and appears here via the Kansas News Service. Follow her on Twitter @beccytanner.