TOPEKA, Kan. (KNS) — In the best times, public defenders deal with high stress and long hours. The pandemic did not help.

Maban Wright, the chief public defender in Topeka, said case backlogs from when courts closed have piled up, and a few employees left during the Great Resignation.

“It’s very difficult to attract and retain talented people to work this job,” she said. “There’s simply too much work.”

But changes are coming. Legal services for low-income Kansas got more tax dollars from the Legislature this spring. But key initiatives — like more staff — remain unfunded. Wright said funding was approved by the Legislature last year to hire more staff, yet her office remains “grossly understaffed by any measure.”

The state approved $3.9 million in raises for public defenders attorneys to equal wages prosecutors may earn. Both positions were paid around the same starting wage, but prosecutors got raises faster and the resulting disparity creates higher turnover among public defense attorneys. Public defenders also got $315,000 in infrastructure upgrades, which could be used to improve a legal research program. 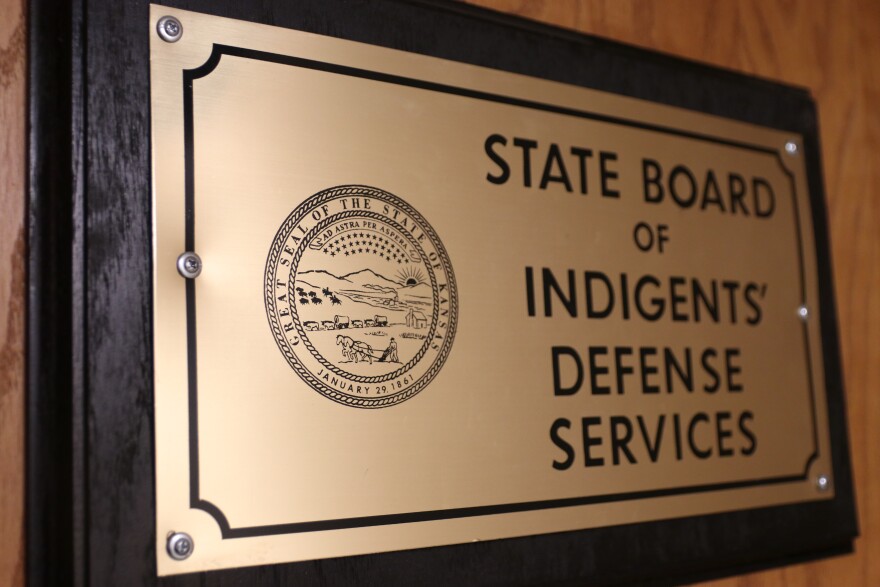 “(Infrastructure investments) are not the most exciting developments, but they’re vitally important to our ability to move cases along,” said Heather Cessna, executive director of the Kansas State Board of Indigents’ Defense Services.

The state also approved $3.6 million in raises to hourly fees for attorneys who contract with the Board of Indigent Defense Services. Public defenders can refuse a case, but the state has to provide legal defense to low-income Kansans. Those cases are then given to private lawyers. Some parts of the state also don’t have a public defender office, so they rely on private attorneys to step in.

The state Legislature is also considering a 5% pay increase for state employees, which could include public defenders. Those changes are still pending.

Cessna said the additional money will help retain staff and reduce turnover. She said even if the agency filled all current vacancies and had zero turnover, public defenders would need “a substantial number of additional positions in order to deal with the number of cases that we have coming into our system.”

Public defenders averaged 205 cases in 2020, that number dropped to 163 in 2021 because more private attorneys were contracted for work to create a healthier caseload for public defenders. Even with the lower caseload, Cessna said it is still above the national standard of 150 cases per attorney per year.

“We”re still above what the 1973 pretty-outdated national standards are,” she said. “Because 150 probation violations may be doable, 150 murder cases would not be.”

Public defenders across the country have long complained of excessive workloads. Studies by the American Bar Association in January found that New Mexico was short 602 attorneys while Oregon was 1,296 people short. Similar studies don’t exist for Kansas.

Cessna said the solutions to this problem won’t come overnight.

“This is definitely going to be an ongoing thing,” she said. “The Legislature, while they have not fully funded all of our requests …, have made a substantial investment in moving forward in improving our public defense system.”