The proposed state constitutional amendment would create a legislative veto in Kansas, giving state lawmakers the ability to change rules and regulations set by the governor. Critics say it’s a power grab by Kansas Republicans.

LAWRENCE, Kan. (KNS) — Lawmakers have made a proposal to voters in Kansas: Give us more power. Take away clout from the governor.

A proposed amendment to the Kansas Constitution would create a legislative veto — effectively giving the right to lawmakers to cancel regulations imposed by state agencies even when those rules put into practice the laws passed by the Legislature.

Regulatory powers historically have defined a key function of executive branches. If the measure on the November 8 passes, state agencies would find themselves newly accountable — critics might say beholden — to lawmakers.

In Kansas, where the governor’s office has toggled between Republican and Democratic hands while control of the Legislature remains pretty much a GOP thing, it would deliver more power to one party to decide how much to regulate industries.

“This amendment is being driven, overwhelmingly, by one thing and one thing only,” said Russell Arben Fox, a political scientist at Friends University in Wichita. “To prove to Republican voters that the Republican supermajority in the Legislature will never allow a Democratic governor to use their powers in the way that Laura Kelly used her powers.”

Rather than creating a more diverse power structure in the state, Fox said, Kansas conservatives are making a political move to show Kansans which political party truly governs the state.

The amendment would allow the Legislature to take away policy-making capabilities from one of the few statewide offices Democrats periodically control.

Republican lawmakers in the spring presented the proposal as a way to move decision-making away from what they see as career bureaucrats in state government and put more authority in the hands of lawmakers accountable to ordinary Kansans.

They also said it prevents the state’s executive branch — for now, controlled by Democratic Governor Laura Kelly — from setting rules and regulations that may go further than legislators intended in creating new laws.

But critics see the proposal as a mere power grab by the state’s dominant political party, spurred on by frustration with Kelly’s leadership of the state amid the COVID-19 pandemic. She was the first governor in the country to send students home for the remainder of a school year and she was blistered by Republicans for shutdown actions they thought hurt businesses in ways that were out of proportion to the public health threat.

Kansans will be asked to authorize the change on the same ballots where Kelly is running for reelection against Republican Attorney General Derek Schmidt. Their stances on the amendment fall along party lines, with Schmidt supporting the measure and Kelly opposing it.

The upcoming vote also comes on the heels of voters rejecting another proposed constitutional amendment that some considered to be overreach by Kansas Republicans. Voters overwhelmingly defeated an amendment that would have removed the right to an abortion.

The abortion measure drove record voter turnout. But the potentially far-reaching alteration to the governor’s role is receiving little attention from voters.

As the governor of Kansas, Laura Kelly oversees many administrative offices that provide important services across the state.

The governor and her administration must create rules and regulations for how those offices will operate and mark some of the most significant policy decisions a governor can make.

That is why Kansas Republicans want to make the change. Kelly has rubbed many conservative lawmakers the wrong way with decisions she made during the COVID-19 pandemic. Kelly signed executive orders installing mask mandates in the state. Republican lawmakers later tried to ban mask mandates and other public health rules, before Kelly vetoed it this year.

Schmidt said bureaucrats that run state agencies and create regulations are an unelected fourth branch of government that needs legislative oversight. He said the amendment would make sure they do not create policies that go further than state law allows. 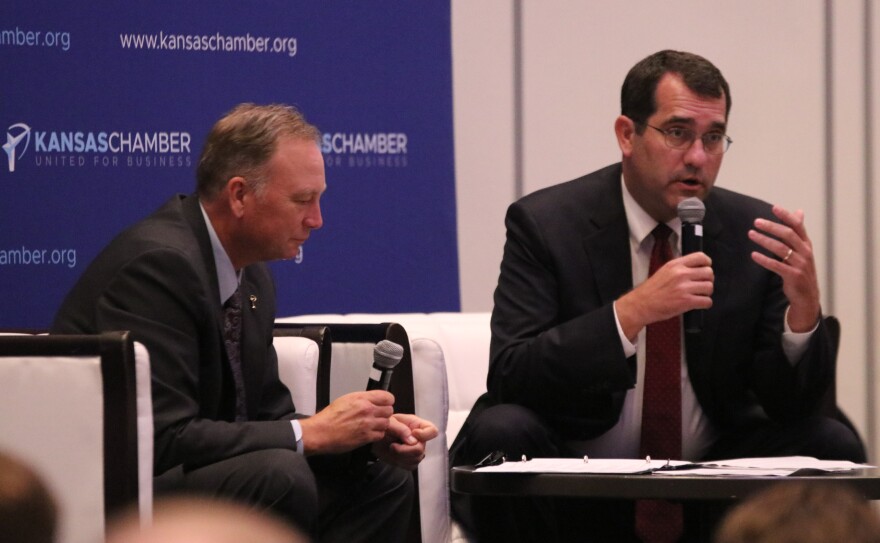 But if the amendment is adopted, lawmakers could change a rule with a simple majority rather than face the prospect of having to override a governor’s veto.

The current system allows a governor to veto the Legislature when it tries to reel in the executive branch decisions. The amendment would allow the Legislature to flip the veto power. Schmidt said a few states — red and blue — have enacted legislative veto powers and Kansas should join them.

“It's the right thing to do for transparency and accountability in the administrative state,” Schmidt said.

The Kansas Chamber of Commerce, a powerful conservative political force for the state’s businesses, also endorsed the measure.

Alan Cobb, president and CEO for the chamber, said that the organization wants to ditch state regulations that hamper businesses and that a legislative veto would help stop regulations that go further than state law. But Cobb said the organization believes the change would be good for all Kansans because it goes further than just reeling in administrative policies that affect businesses.

“Kansas goes back and forth between Republican and Democratic governors,” Cobb said. “So it's going to apply to both.” 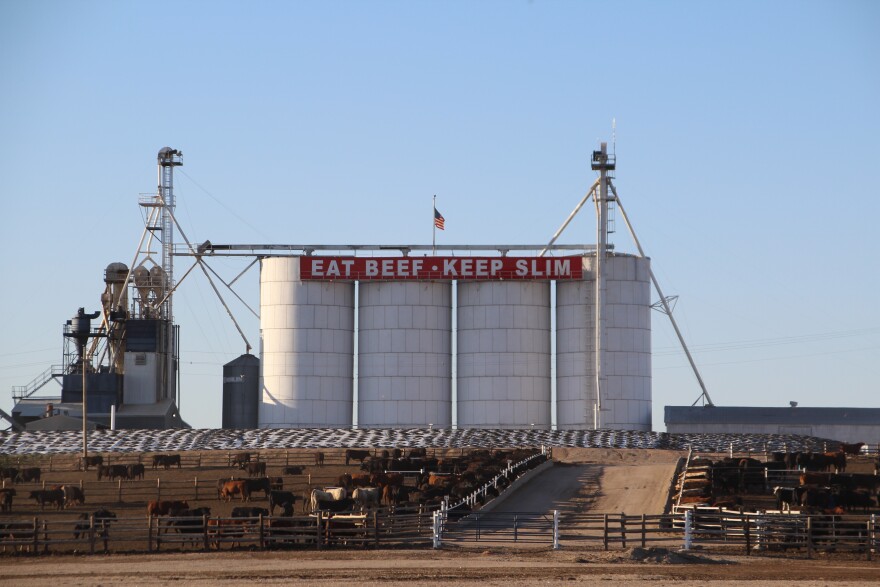 But the change could chill efforts on the state’s ability to regulate business in Kansas.

While debating the amendment in the Kansas House, Democratic state Rep. John Carmichael said that lawmakers would use the new power to invalidate rules and regulations that protect Kansans — such as environmental rules that business groups oppose.

The change could threaten state environmental regulations for clean air and water. Carmichael said industry groups like hog farmers have opposed them as unnecessary and burdensome to business.

Flying under the radar

Unlike the the amendment on abortion rights, changes to which government entity gets the final say on rules and regulations hasn’t resonated with many people.

Despite her opposition to the amendment, Sykes said she doesn’t think the amendment is a major issue to voters. She said the proposal may be too far into the political weeds for many to care.

Several Kansans attending the state fair in Hutchinson recently said they were either unaware of the amendment or that they didn’t know much about what it would do to the state government.

Rachael Pankratz of rural Reno County said she had not seen any news on the amendment, but she wasn’t concerned.

“It makes me question what's going to happen to the checks and balances,” Pankratz said. “But I don’t think that it really worries me.”

Election day is Nov. 8. The last day to register to vote is October 18.