The Kansas Supreme Court ruled Wednesday that a congressional map drawn by lawmakers is legal under the Kansas Constitution. That creates a landmark decision in the state court that had never previously considered the legality of gerrymandering.

The ruling upholds the map and helps Republicans trying to maintain, or even increase, their hold over the state’s congressional delegation. It might also ultimately hurt the re-election chances of U.S. Rep. Sharice Davids, the sole Democrat from Kansas in Congress.

Kansas courts had never previously heard a case on whether gerrymandering violates the state constitution. It now sets a standard for how far one political party in Kansas can gerrymander congressional districts.

In a short document announcing the decision, the justices simply said the legal challenge had not shown a violation of state constitutional rights. A full opinion with the reasoning of the justices will come later.

With the ruling, the redrawn map will be in place for the next 10 years. Civil rights groups representing the Kansas residents challenging the map said they don’t plan to appeal the ruling.

“We have successfully defended every Kansan’s right to equal protection of the law in exercising their right to vote,” Schmidt said in a news release, “as well as the public’s right to establish new districts through their elected representatives.”

Critics of the plan said those moves diluted the power of Democratic voting blocs and would make it harder for Davids to win re-election in her Kansas City-area 3rd Congressional District.

Republican lawmakers who crafted the map said the changes to the districts were needed because of population shifts in Kansas.

Davids said in a news release that the Kansas Legislature’s drawing of the map was rushed and lacked transparency.

“I hope that although many feel their voice was not heard, they do not feel as though their voice does not matter,” Davids said. “I look forward to introducing myself to the new voters in the 3rd District."

Democratic Gov. Laura Kelly initially vetoed the redistricting map, but Republican lawmakers mustered the votes to override her and approve the plan.

Civil rights groups sued the state over the map. After a four-day trial in April, District Court Judge Bill Klapper found the new districts to be racially and politically gerrymandered in ways that violated provisions in the state constitution related to free speech, voting and equal protection rights. The state promptly appealed the case to the Kansas Supreme Court. 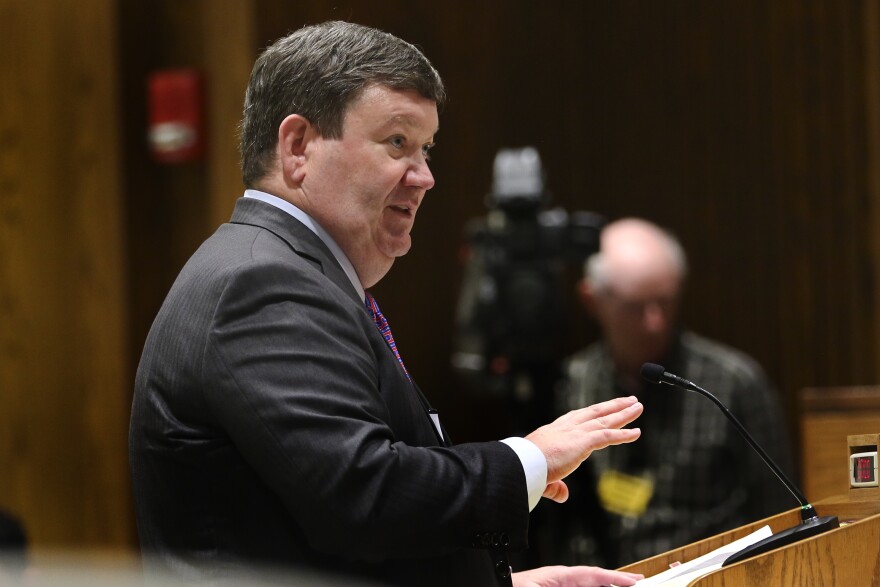 Wednesday’s ruling came just two days after justices heard arguments where attorneys challenging the map said it was drawn to make it harder for Democrats to win seats in Congress or hold the one they already have.

Kansas is a solid Republican state. But more than 40% of the state voted for Joe Biden in the 2020 presidential election, suggesting roughly two-fifths of Kansas voters lean Democratic, while the current U.S. House delegation from the state is three-fourths Republican.

“The mapmakers set out with the intention of drawing an entire political party out of power,” said Sharon Brett, an ACLU lawyer.

Defenders of the Republican-drawn map said the court should not weigh in on the issue, because it’s a partisan process. An attorney for the state said the Kansas Constitution has no explicit ban on political gerrymandering.

The civil rights groups called the ruling a “slap in the face” to voters and democracy.

“Equal protection under our state’s constitution is supposed to mean something,” Brett said. “But as a result of this decision, minority voters and Democratic voters will have their voices diluted for the next 10 years.”