The Kansas Speedway has anchored the enormous Village West development in Wyandotte County and helped promote tourism. COVID-19 has changed the tourism part for the foreseeable future.

Kansas is about to find out the value of a NASCAR race without people in the stands.

Like every other sport and industry, NASCAR has been shaken by the coronavirus pandemic.

“Unfortunately we’ve had to endure layoffs as a company and we’ve had to furlough employees,” says Pat Warren, president of Kansas Speedway. “Both of those decisions were made so that when this is over, we will be a strong enough organization, as strong as possible, to move forward and survive in a post-COVID 19 environment.”

The expansive motorsports complex in Wyandotte County, covering more than 1,200 acres as an anchor in the Village West retail area, is one of 12 tracks around the country owned by NASCAR, which is headquartered in Daytona Beach, Florida.

When the pandemic shutdown hit, NASCAR was in the midst of its Cup series, the highest level of stock car racing in the country, capped by playoffs in the fall leading up to a championship. Two stops were scheduled for Kansas City, one on May 31 and the other on October 18 when the playoffs were scheduled to be underway.

As the nation began to reopen, NASCAR was the first major sport to resume its schedule. When it returned to competition on May 17 in Darlington, South Carolina, it was without fans. There have been no reports of anyone testing positive of COVID-19 in the five Cup races leading up to the race on Sunday, June 7, in Atlanta.

Kansas City’s May 31 race is now scheduled for July 23. Activity at the track will mostly be in the infield, with team crews working on cars in the garage area and television crews working on the broadcast.

Though attendance figures aren't announced for races, the Kansas Speedway's seating capacity is 48,000. Racing without fans will dramatically change the drivers’ experience, Warren says. After the victories normally come the triumphant donuts with spinning tires and billowing smoke at the start/finish line and the trip to victory lane for a celebration — everything to the roar of a crowd. Until recently. 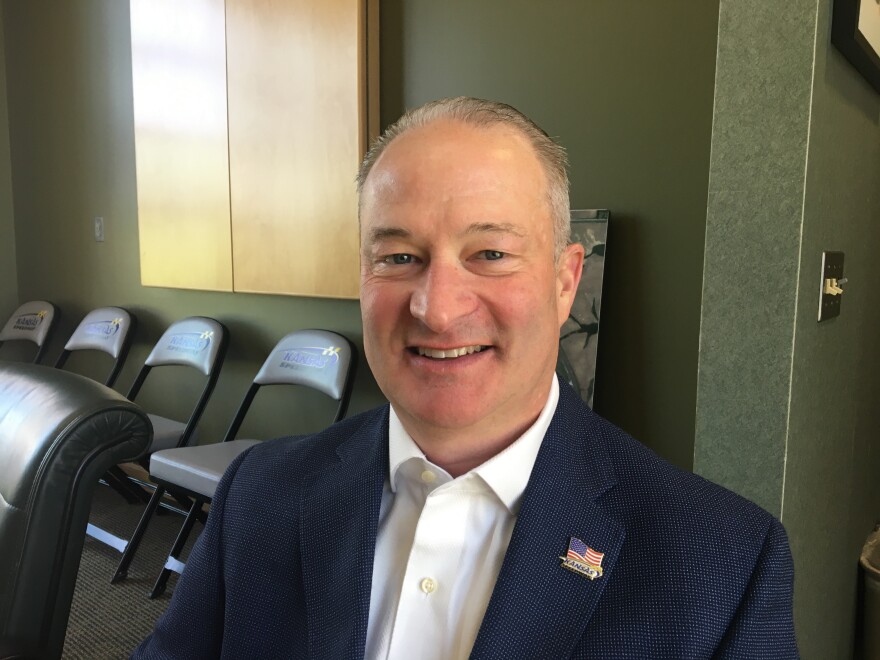 “It’ll be a crawl, walk, run approach, I would assume, like everything we’ve done. Not just us, but society with COVID-19,” says Warren, who has been with the Speedway since 2006 and president since 2010.

Even with the restrictions, Warren knows his facility is better off than Chicagoland Speedway, another NASCAR-owned track that opened in 2001, the same year as Kansas Speedway. NASCAR scratched Chicagoland’s June date and its long-term future in Joliet, Illinois, is in question.

Warren sees a different outlook for Kansas Speedway and envisions it as a catalyst for a recovering economy in the Kansas City area.

“One of the areas that’s been hit hardest with COVID-19 has been the travel and tourism industry. In Kansas City, we’re a big part of that,” he notes. “Regardless of what happens this year, we look forward to playing our part to try to help hotels and restaurants and other groups that have been really hit hard by this.”

Greg Echlin is a freelance sports reporter for KCUR, Kansas Public Radio and other media outlets. He's also a contributor to the Kansas News Service. Follow him on Twitter @GregEchlin.