The bill approved late Monday was sent to Democratic Governor Laura Kelly, who promised in a one-sentence statement to sign it, and did so on Tuesday.

The bill makes it easier for Kansans who object to getting the vaccine to claim exemptions from employers covered by the mandates as well as those that implemented their own requirements.

The measure also establishes a process for imposing large fines against Kansas employers who deny exemptions. In addition, it makes people who are fired or quit over vaccine requirements eligible for unemployment payments. That drew an objection from a large business advocacy group.

Republican leaders said they demanded a special session because they needed to protect Kansans from mandates scheduled to take effect before the start of their regular session in January.

“Can you imagine the threat of losing your job right before Christmas?” said Rep. Stephen Owens, a Republican from Hesston. “That’s what many of our constituents are facing with this out-of-control federal government.”

The bill requires employers to grant no-questions-asked exemptions to workers who request them based on sincerely held religious beliefs.

Employees who are denied exemptions can file grievances with the Kansas Department of Labor. The agency must investigate the complaints and deliver findings to Republican Attorney General Derek Schmidt within 60 days. He would then file a civil action in court.

The original bill passed by the House gave the agency only 25 days to investigate complaints. Expanding the time allotted for investigations was a key to Kelly promising to sign the bill.

Small businesses could be fined up to $10,000 for each violation. Larger employers — those with more than 100 workers — could be hit with fines up to $50,000. Employers could avoid the fines by reinstating the worker and paying the lost wages

One of the concerns about the bill was that allowing unemployment payments would further strain the state’s unemployment trust fund. The bill would now send money collected from fines to the fund.

The legislation ultimately passed 77-34 in the House and 24-11 in the Senate. 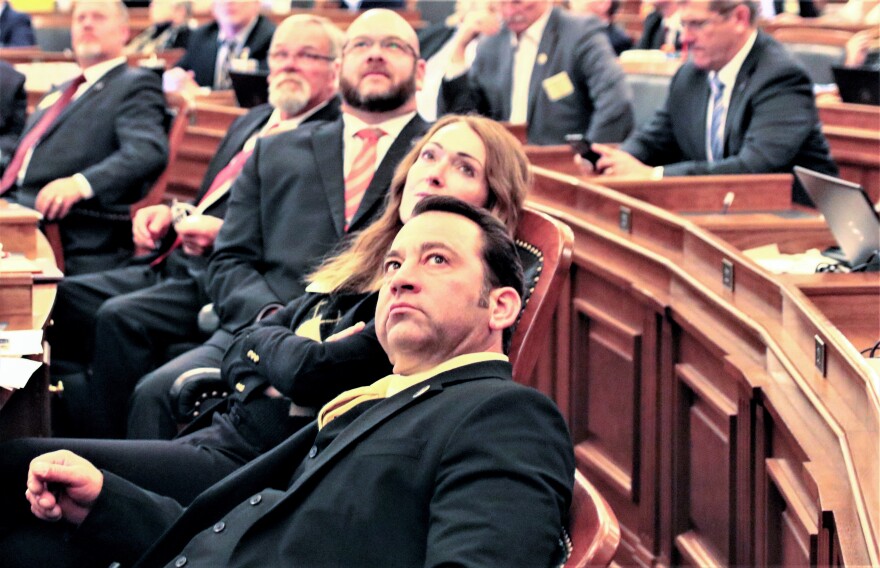 Rep. John Eplee, a Republican physician from Atchison, initially supported the House version but ultimately opposed the bill. He criticized vaccine opponents for spreading misinformation regarding its safety.

“There is no doubt in my mind as a practicing, living, breathing, primary care physician that this vaccine is incredibly safe,” Eplee said.

Eplee said all of the people now hospitalized for COVID-19 in Atchison are unvaccinated. He said he’s yet to see anyone who has been vaccinated get very sick from a breakthrough infection.

Kansas business leaders said the bill put employers in the impossible position of choosing to violate either federal or state laws.

“We are not able to support any mandate or penalties on businesses that impacts their abilities to make informed decisions on how to best maintain their operations and that could lead to unintended consequences,” Kansas Chamber President and CEO Alan Cobb said in a statement.

Democrats amplified the complaints of business leaders arguing against the bill.

Some Republicans also expressed concerns. Sen. Jeff Longbine, the owner of an Emporia car dealership, said while he’s opposed to the federal mandates, the most effective way to fight them is to back Schmidt and other state attorney generals challenging them in court.

“That (the courts) is where this needs to be settled,” he said.

“We need to respect those rights, not spend a second questioning their sincerity,” Erickson said.

The Kansas bills borrow language from measures passed by the Florida Legislature during a special session earlier this month.

Schmidt, Kelly’s likely opponent, has been aggressive in challenging the mandates, signing on to three multi-state lawsuits aimed at overturning them.

“The Legislature’s actions today are a welcome companion to our ongoing legal efforts,” Schmidt said in a statement. “This new legislation strengthens protections for religious liberty and guards Kansans’ jobs.”