Kansas prisons have struggled to offer quality medical care in recent years. The state says it’s satisfied with a new health contractor, but inmates say the medical care is so poor it threatens their health. Blaise Mesa of the Kansas News Service reports.

Centurion of Kansas has been fined almost 5,000 times for compliance issues.

Now he's on the verge of losing access to Tylenol — his over-the-counter pain reliever — at the Lansing Correctional Facility.

So when the aches of his arthritis flare up, he'll just have to bear through the pain. Worse yet, the grapefruit-sized hernia in his chest. More painful still: wires used to tie his ribs back together after an earlier procedure broke and remain pointing at his heart and torturing the inside of his chest.

Tylenol may not seem like much, but the pills offer Bowen at least some relief.

Dozens of current and former inmates in the Kansas prison system told The Kansas News Service and The Topeka Capital-Journal their medical care threatens their health.

Complaints touch nearly every area of medical care. Delivery of medications can be delayed and even if the medicine comes, inmates say, they are sometimes given treatments that trigger allergic reactions. Meanwhile, cancer screenings and checkups get missed, and if inmates are unhappy with their care, some struggle to get a second opinion.

To ease some of his pain, Bowen could get surgery. But prison staff refuse to treat the hernia. They might operate on the wires in his chest, but they fear surgery would make Bowen’s condition worse. He’s complained about the issues for over a year while worrying that the wires could pierce his heart.

“There’s times when I feel like somebody’s stabbing an ice pick in me and I damn near dropped to my knee,” Bowen said.

While he says his nurse at Lansing Correctional Facility is pleasant, he argues the rest of the system has broken down for him. Bowen, who has been in prison since 2012, has seen multiple health contractors come and go with no improvement.

Prison medical care has been a perennial complaint from prisoners in Kansas. The system ditched its old provider in 2020. It hoped its new medical services contractor, Centurion of Kansas, would usher in an era of better care, but, as one inmate put it, “They will let someone die in here before they try to help.”

The Department of Corrections insists it’s satisfied with the care Centurion provides, pointing out that monthly informal complaints about medical care have dropped considerably from December 2021 to August 2022, dipping from 281 to 32 and saying formal audits of the contractor also show improvement.

The agency added that there were more than 6,000 referrals for care, 11,323 off-site services were provided, 33,073 resident visits to the facility physician or APRN, 17,043 dental visits and 124,797 prescriptions filled in the fiscal year that ended in July — all signs of a functioning system for thousands of inmates each year. For context, there are currently 8441 adult offenders in Kansas prisons.

“Providing medical care to a resident in need is not only the right thing to do, it is a requirement under state and federal law,” the corrections department said in a written response to questions. “The employees and leadership of Centurion have demonstrated themselves to provide good customer service for both the department and our residents. They are responsive to feedback and have improved the quality of care provided for our residents.”

Centurion is audited on its ability to meet a dozen performance metrics. The contractor has paid more than $900,000 in fines between January 2021 and May 2022 for failing to hit those marks. Centurion was fined just under 5,000 times.

The department said a bulk of those fines were in the early months of the contract and Centurion improved services and was fined fewer times as it went on. However, the company was hit with larger fines more often as time went on. 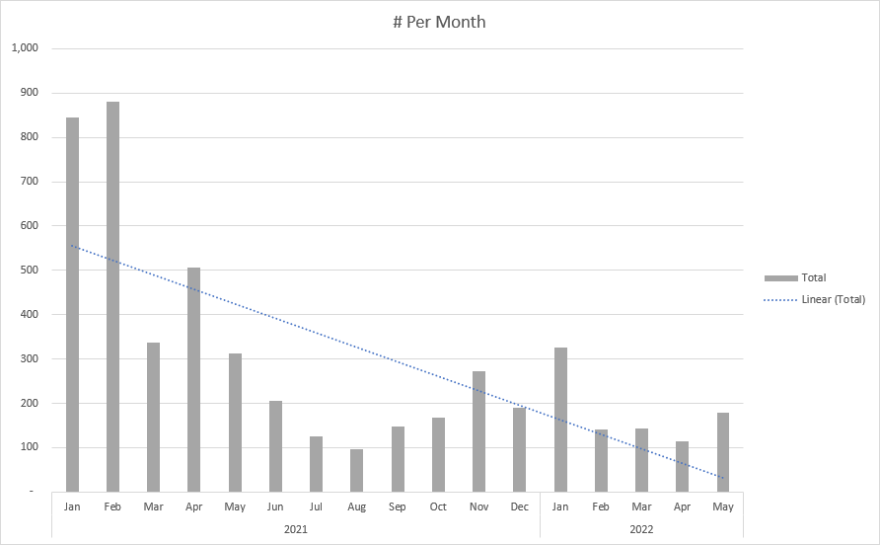 The company’s best month was Aug. 2021 when it had 96 infractions, the only time it was fined under 100 times. That is still an average of three compliance mistakes a day.

An inmate in a state prison, who wanted to remain unnamed, said dental appointments and help for their injured knee are frustrating, at best, because they don't speak English well and their prison doctors don’t speak Spanish.

They went to the dentist because eating cold things hurts so much they might cry. A tooth in the back of their mouth hurts, but the prison dentist offered to pull their front two teeth. The dentist tried showing them X-rays of the teeth to highlight the problem, but that only confused them more.

“They are my teeth and I just saw my teeth. I didn’t see anything unusual,” they said in Spanish. “They wanted to take my teeth out, right then, right there. I didn’t.”

That story underscores that even accessing basic care can sometimes prove difficult, a claim the department disputes. Centurion declined to comment for this story and the Kansas Department of Corrections declined in-person interviews. Department spokesperson David Thomson said via email that none of the claims brought forth by reporters are something they can fix without more information.

The documents show individual prisons achieved zero percent compliance in certain categories nine times and 50% or lower compliance more than 40 times. It isn’t clear what exactly Centurion is failing to do because the performance reports only list compliance in broad categories.

The El Dorado Correctional Facility had the most fines — almost $400,000 — of any prison. The Topeka Correctional Facility was penalized disproportionately. The women’s prison was fined more than the Larned, Winfield, Ellsworth, Norton and the youth prisons combined, despite those facilities housing around three times the people held in Topeka.

Tiffany Trotter, a 31-year-old inmate who has been in prison since 2020, has diabetes and is allergic to some types of medication. Even though medical staff knew about her allergy, they twice prescribed her the medication. She had an allergic reaction the second time that meant care was further delayed.

She also has a nagging ear injury that prison doctors can’t seem to identify. If she could, she would have seen another doctor.

“They don’t send us (to) outside doctors very often unless you've got like a broken bone or something,” she said.

Meanwhile, inmate Shaqwania Mathis, a 26-year-old inmate who has been in prison since 2017, said staff delay procedures without reason.

“I lost count on how many days, months, weeks or years KDOC staff has let something go untreated,” she said. Requests for the KU audits from the Kansas News Service and Topeka Capital-Journal was partially denied.

Monthly compliance reports were produced, but fuller audits made available to news media in 2018 were not. KDOC said the forms have changed and denied the request on the grounds that they contain personally identifiable medical information about inmates.

In a more detailed response, provided by Randall Bowman, KDOC’s director of public affairs, said “an apparent error” was made when the agency made the records public in 2018.

“If they changed the form in a way so that now they can claim it’s exempt under the open records act,” he said. “That is wrong.”

The American Correctional Association lists all of Kansas’ prisons as fully accredited, though some are listed as still using the prior medical contractor, Corizon.

Reporters asked for more documents on the accreditation for each prison, but the Kansas Department of Corrections says it doesn’t have the documents.

Centurion of Kansas declined to provide the accreditation records and said it is a private company that doesn't need to fulfill records requests. Its contract with the state, however, specifically says it is subject to Kansas open records laws.

Centurion again declined to fulfill the request even after reporters pointed out the contract stipulation.

The news organizations also asked inmates to provide copies of their medical records in an effort to further corroborate key details about medical care, only to be told by the individuals that the prisons limited access to their own records.

“If I go over to get my medical records, they won't print them out for me,” said Bowen, the inmate at Lansing Correctional Facility. “They’ll give me 15 minutes on the computer to look up and write down what I need to.”

The department says this is to reduce the amount of sensitive medical information that is in prisons.

An inability for inmates and their families to access their own medical records is routinely a problem in Kansas, said Karen Russo, president of the Wrongful Death and Injury Institute in Kansas City, Mo., even if a family member has power of attorney.

“Kansas is one of the worst states in the country for providing medical documents or any kind of information regarding inmates,” Russo said.

Medical care routinely is a bugaboo for states across the country

Prison medical care is routinely cited as a problem in states across the country.

A decade-plus long federal court case has raged over whether Arizona’s privatized prison care system adequately meets the needs of inmates. It implicates at least a triumvirate of private contractors, including Centurion and Corizon.

While being sued is a fact of life for prisons and their contractors, this one has had real teeth. A federal judge, for instance, fined the state millions for not complying with guidelines he set forth.

And one prison worker alleged Centurion had her file falsified reports in an effort to evade court sanctions.

While the decisions by states, including Kansas, to privatize care plays a role, he said the biggest problem comes from an unwillingness to spend more on health care.

But while many Kansans may be reluctant to spend more on caring for criminals, Stern argued doing so is a good idea.

Government might save money on an individual’s medical care while they are in prison, he acknowledged.

But taxpayers ultimately must pay the piper if that same person and their untreated conditions wind up on Medicaid or another form of public assistance. This can also drive up health care costs for private employers if an individual winds up being covered through their work.

“It would make more sense for the public to say ‘We do want to invest money in the quality of health care when people are in prison,’” Stern said. “Because they're going to come back to the community, and if we can make them healthier before they do, it's actually going to save us, as the taxpayer, money down the road.”

This story is a joint effort of the Kansas News Service and the Topeka Capital-Journal.  The Kansas News Service is a collaboration of public radio stations, including Kansas Public Radio, KCUR, KMUW and High Plains Public Radio -- dedicated to reporting on the health and well-being of Kansans their communities and civic life.  Learn more at ksnewsservice.org.  Andrew Bahl is a senior statehouse reporter for the Topeka Capital-Journal. He can be reached at (443) 979-6100. Blaise Mesa reports on criminal justice and social services for the Kansas News Service in Topeka. Follow him on Twitter @Blaise_Mesa.