Some Kansas counties are rushing to collect staff and start a hand recount of abortion amendment votes after an advocacy group demanded a partial recount despite a decisive loss.

The nine counties selected for the recount have just five days to finish the process. But officials for some of the largest counties involved said they are still confident they will be able to finish in time.

The largely symbolic recount is the latest development in the months-long fight over the amendment that would have said there’s no right to abortion in the state constitution. The campaign drew even more attention after the U.S. Supreme Court overturned federal abortion rights, meaning state abortion rights are all that remain.

Andrew Howell, election commissioner for Shawnee County, said Tuesday morning that he believes the hand recount won’t take all five days. But his office is spending the first day preparing and making sure the process works as intended.

Howell, a former Republican state lawmaker, said the hand recount will likely be slightly different than the ballots counted by machines because the human counters will be able to consider ballots more thoughtfully. But he said he’s still confident that the recount in Shawnee County will show the current process is accurate.

“I look at it as an opportunity to demonstrate that democracy does work,” Howell said. “It just will end up being a confirmation that the way the ballots are handled, either way, comes out very much the same.”

Howell said he hopes the hand counting will start Wednesday morning. His county, which includes Topeka, will need to hand count more than 64,000 votes.

“We're going to have a very careful, consistent and somewhat plodding process,” Howell said. “I don’t want to rush it.”

The recount won’t change the outcome of the election because the vote wasn’t close. Voters defeated the amendment by an 18-point margin, or 165,000 votes.

Whitney Tempel, a spokesperson for the Secretary of State’s Office, said the nine counties have until Saturday to finish the recount.

The nine counties selected for the recount include some of the largest, such as Johnson, Sedgwick, Shawnee and Douglas counties. All nine are from eastern and central Kansas and rejected the amendment, except for one — Thomas County. That’s the home of Melissa Leavitt, the Colby woman who led the recount effort. Voters there overwhelmingly supported the amendment.

Meanwhile, in Douglas County, Democratic County Clerk Jamie Shew said his office is working off a recount plan that was in place for these types of scenarios.

The hand recount of the county’s 47,000 ballots will be conducted by a board of Douglas County residents who have previously conducted recounts in smaller races. He said the board is made up of people from across the political spectrum.

“The board members are split up among unaffiliated, Republican, Democrat, Libertarian,” Shew said. “So it’s not any one party.”

Shew said that his office was hoping to begin recounting Tuesday morning, but was still awaiting word from the state. However, he said he was confident the board would be able to finish the count before the deadline on Saturday.

“I have the board ready to go,” Shew said.

Shew said the county also expects to be reimbursed for the cost of the recount from the bond.

The only way the county would not be reimbursed is if the result of the vote changes, flipping from the county rejecting the amendment to accepting it. But that won’t happen because Douglas County, which includes the Democratic stronghold of Lawrence, saw 81% of voters reject it.

That means the activists who requested the recount will likely see the money they put up for the the effort disappear. 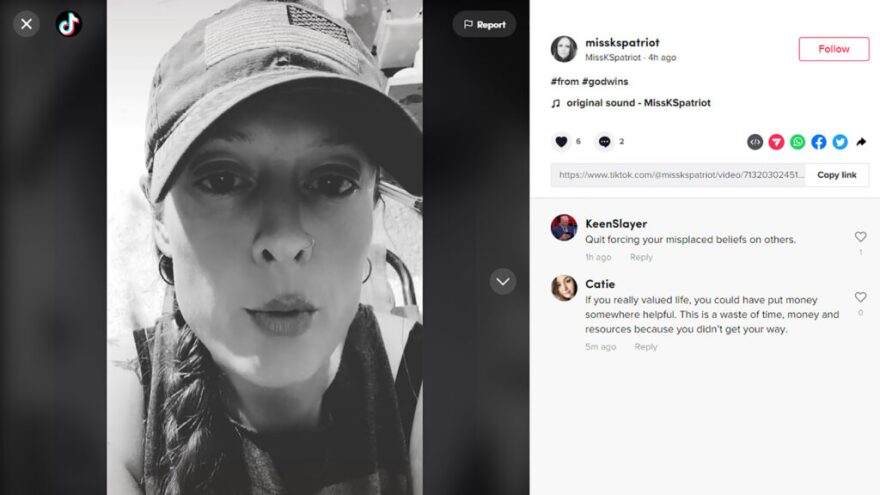 Leavitt started the push with an online fundraising campaign. She initially wanted a recount of the entire state at a cost of nearly $230,000, but later scaled back the request.

“We are just praying for exposure of anything that may have been nefarious,” Leavitt said in a social media post. “And just some answers to put the voters of Kansas at peace.”

The scaled down version of the recount will cost nearly $120,000. Leavitt continues to raise money online, collecting more than $45,000 as of Tuesday.

The recount is not being supported by the main advocacy group that pushed for the amendment. The Value Them Both Coalition was the main force behind the amendment, and that group accepted defeat on election night after the loss became clear.

“This outcome is a temporary setback,” the group said after the loss, “and our dedicated fight to value women and babies is far from over.”

The Value Them Both Coalition and the powerful advocacy group Kansans For Life have instead shifted their focus to the fall election and the coming legislative session.