An advisory group created by the Kansas Board of Education wants the board to recommend ending Native American mascots statewide — a move sure to trigger anger and defensiveness in communities long wedded to school traditions.

By Suzanne Perez, KMUW and the Kansas News Service

The Kansas Board of Education is considering a plan to make Native American mascots a thing of the past. Tribal leaders say the change is overdue. But as Suzanne Perez of the Kansas News Service reports, about two dozen schools and the communities that support them aren’t likely to drop their mascots unless they’re forced to.

ANDALE, Kan. (KNS) — Families pack the stands on Friday nights in this small town west of Wichita to cheer for their Andale Indians.

The Andale High School football team has won three straight state championships. Fans wear shirts emblazoned with a stylized Indian-head logo — the same one that graces the town’s water tower. Students call themselves “The Tribe,” and when their team does well, they move their hands in unison to the tomahawk chop.

What feels like wholesome hometown pride in Andale can also feel racist.

“They have no idea what it is to be an Indian,” said Joseph Rupnick, chairman of the Prairie Band Potawatomi Nation in Kansas. “Our children, when we go to these different athletic events, they’re the ones that are the brunt of the prejudice and the bigotry.”

About two dozen Kansas schools still use Native American-themed mascots, with names like Indians, Braves or Red Raiders. An advisory group created by the Kansas Board of Education wants the board to recommend ending those mascots statewide — a move sure to trigger anger and defensiveness in communities long wedded to school traditions. 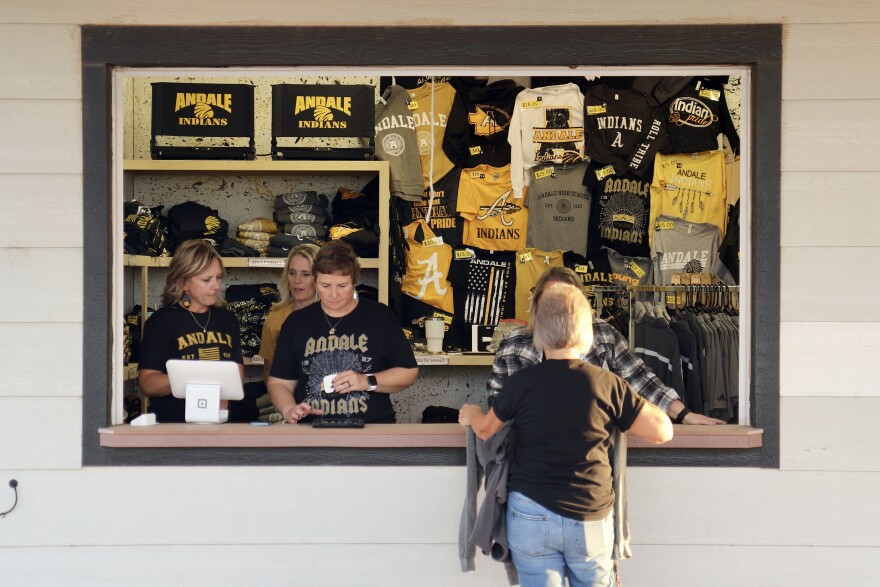 A mere recommendation, even coming from the state school board, is unlikely to overcome decades of tradition and identity invested in mascots that communities often see as honoring American Indians rather than symbols of racist stereotyping. Factoring mascots into school accreditation would raise the stakes.

Alex Red Corn, an assistant professor of educational leadership at Kansas State University, says mascots that portray Native Americans as savages hurt not only the students at those schools, but anyone who competes against them.

“I was sitting in an Applebee’s, and the Liberal Redskins came into town,” said Red Corn, a member of the Osage Nation. “A whole bus full of Liberal Redskins-themed stuff was surrounding us at the restaurant, and my kids were there, and there was a level of discomfort.

“When people go to other communities, that discomfort and what happens because of those branding practices,” he said, “it ripples outward.”

The advisory group chaired by Red Corn wants the state school board to review its policies on how school mascots might hurt students.

The Kansas school board is expected to vote on the recommendation during its next meeting. Several board members have already expressed support for the move.

“There are so many people that have just not stopped to think about what this is saying to someone else, how this is hurting someone else,” said Betty Arnold, a state board member from Wichita. “And ignorance is not an excuse.”

Nationwide, more states are moving to ban or limit Indigenous mascots in schools. Oregon outlawed Native American mascots in public schools in 2012 with a State Board of Education resolution. At least six other states have some sort of mascot ban. California lawmakers voted in 2015 to ban the use of “Redskins” in public schools.

The Kansas school board could urge schools to ditch derogatory or racist mascots, but it’s unclear whether it has any real sway on the issue. Local schools and districts make those decisions.

But those pushing for change say offensive mascots create a hostile learning environment, which goes against state guidelines on student well-being. The Kansas Department of Education could even use accreditation to pressure schools to eliminate racist imagery.

The Andale school mascot was intended to pay tribute to the Indians who once lived and hunted on the land where the high school sits.

Superintendent Mindy Bruce recalled one or two complaints from residents about the mascot over the past 30 years.

“But it has never been taken (up) for board action,” she said. “And my Board of Education has never directed me to look into that.” 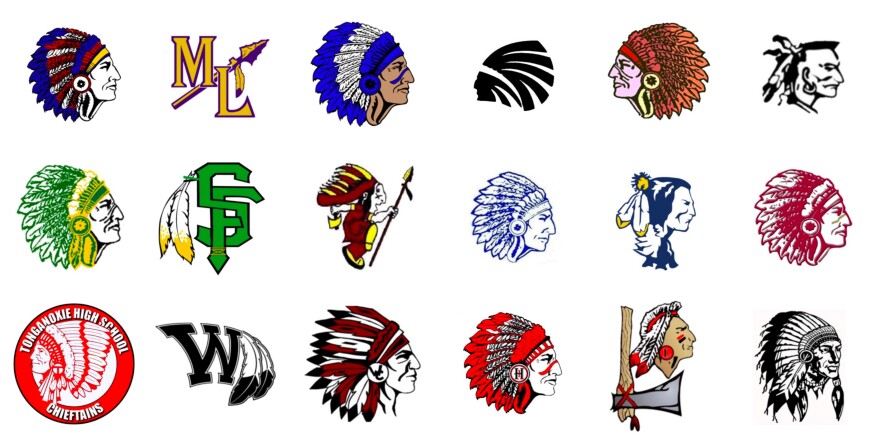 It’s a similar story in more than 20 other Kansas communities, including Council Grove, Clearwater, Hays and Tonganoxie.

The Manhattan school board voted in 2017 to change its mascot from the Indians to the Wolves, but the plan was scrapped following heated opposition. Manhattan High School removed Indian imagery from athletic uniforms and its football field, but kept the mascot nickname and several large Native American chief depictions on campus.

The debate continues this fall in Manhattan. Opponents of the mascot launched a change.org petition that has garnered more than 6,500 signatures; supporters launched a rival petition, which has nearly 6,000 signatures.

In Wichita, critics tried for decades to persuade North High School to change its mascot. Last year, the local board voted unanimously to ditch it.

The Shawnee Mission school district in northeast Kansas changed four school mascots it said were offensive, including the one at Shawnee Mission North High, which is now the Home of the Bison.

Olivia Brien, a member of the Iowa Tribe of Kansas and Nebraska who serves on the state advisory group, told state board members that racist mascots affect students’ self-esteem and can worsen depression. She pointed to a University of Michigan study, which found that two-thirds of people who strongly identify as Native Americans are offended by Native American mascots and team war chants like the tomahawk chop.

“I find these things sad and horrific, and experiencing them also sad and horrific,” Brien said. “What we have the opportunity … to do is to change that for all of us and actually be leaders.”

The advisory committee urged state leaders to develop a support network for schools looking to change mascots. Representatives of Native American tribes said they are willing to partner with districts or speak at community meetings.

“This probably should have happened a long time ago,” Red Corn said. “But we do understand that some communities are going to need to engage in some dialogue and do some learning around this issue in order for it to be successful.”

The group says state leaders should also explore funding that could offset the cost of switching mascots and branding, such as grants. At North High in Wichita, the first phase of replacing athletic uniforms, repainting a gym floor and retrofitting the marching band cost upward of $400,000.

Aaric Davis, superintendent of the Royal Valley school district near Topeka, said many of his district’s students are Native American and deserve to be treated with respect. The district is next to the Prairie Band Potawatomi reservation.

“These students should not be viewed as caricatures to be laughed at or to be taunted,” Davis said. “These students have a right to attend a school or a school activity without having to see these images on display.”