New classes of businesses reopened this week in Kansas -- things like hair salons and tattoo parlors. Kansas News Service reporters spread out across the state on one day - Tuesday, from 5 am to 5 pm - to record the sounds of ordinary Kansans getting back out into the world.

Those are the sounds of everyday Kansans, getting back to work this week.

A number of reporters for the Kansas News Service contributed to this audio postcard, including Stephen Bisaha, Corinne Boyer, Brian Grimmett, Celia Llopis-Jepsen, Nomin Ujiyediin and KPR's own Stephan Koranda.  The Kansas News Service reports on health, the many factors that influence it and their connection to public policy.  Discover more at ksnewsservice.org.

From Gyms to Tattoo Parlors, Kansans Emerge from COVID-19 Hibernation to Shared Spaces

While most people across Kansas still slumber, trash truck crews start filing into work — and get their temperatures taken.

The people who haul debris to landfills shifted to working in a mask and doing their best to keep COVID-19 at bay a while ago. While the rest of the Kansas economy awakens from the coronavirus lockdown, trash crews already know the drill.

“When we first started wearing (masks), you’re not used to something on your face,” said Ryan McPhail, a solid waste loader in Lawrence who’s become accustomed to working eight-plus hours a day with his face covered. 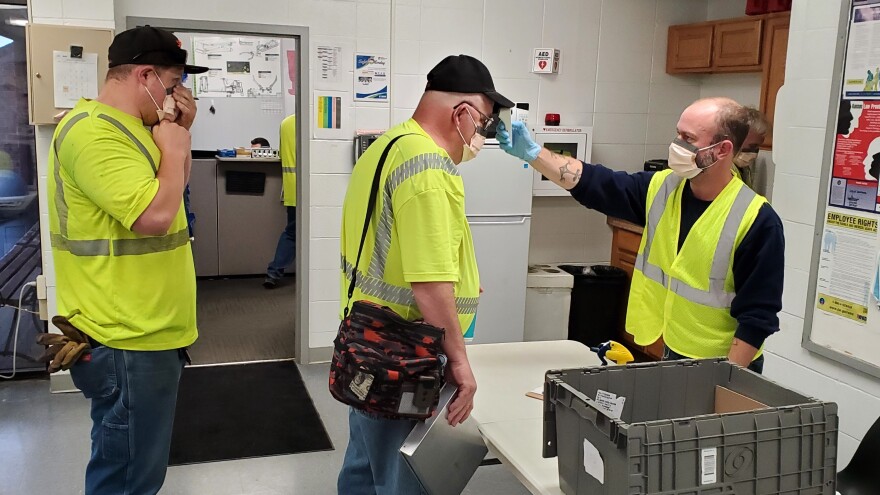 He hopes his mask sets an example.

McPhail and countless other essential workers across Kansas stayed in the world while so many others were ordered by Gov. Laura Kelly to stay at home.

But this week marked yet another stage in the slow-walk reopening of daily life. Suddenly, Kansans could sweat it out at the gym, stop into a cafe, shop for a sofa, pay somebody to trim their hair, or — why not? — get a tattoo. (Come Friday, movie theaters, bowling alleys, art museums open up. Boozy nightlife will remains on hold.) 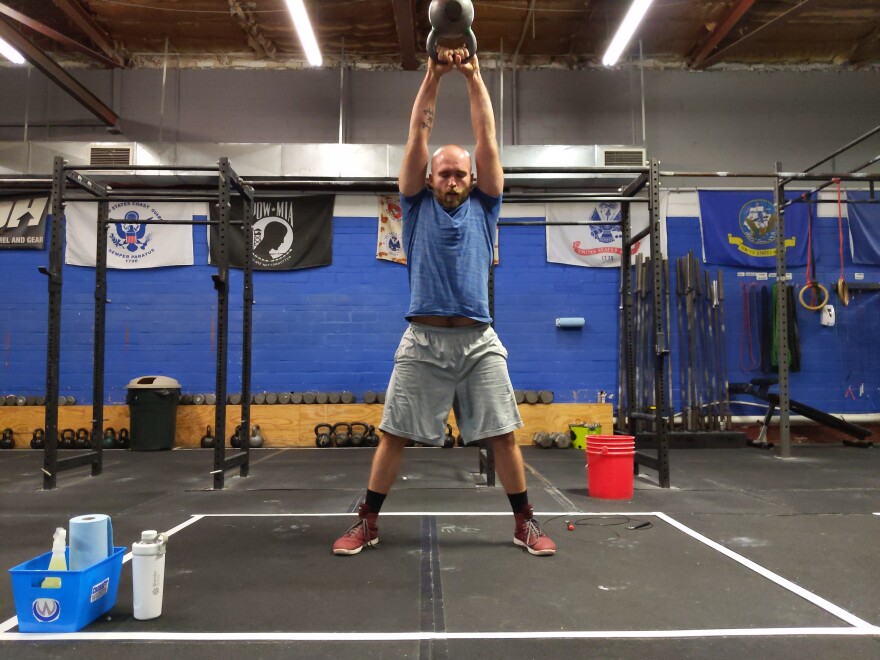 The hard-body crowd loyal to CrossFit Wichita had been apart from the gym’s kettlebells and coaching for weeks. When its doors opened, the floors were marked with six-foot boxes designed to enforce social distancing rules.

Die-hards greeted each other with grins, eager for company and to compare notes on the difficulty of keeping fit at home, alone. Apart, but more together than they had been in a while, customers skipped rope and ran in the parking lot.

“Hurts,” said Ty McNeely, an Army soldier who works at a reserve center. “Hurts so bad. Or hurts so good, depending on how you look at it. … The only time I really hang out and talk with people, besides my wife at home, is here at the gym.”

Yet he returned to a place less crowded. Classes are staggered and smaller. And fewer people are ready to brave a gym. Customers chalked their hands from a shared bucket. 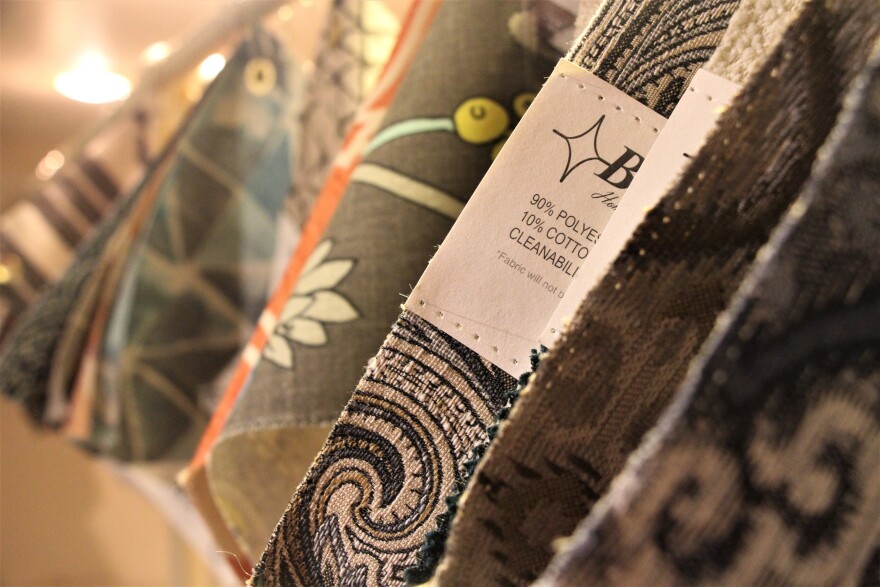 Presley Busenbarrick started his day at 5th Street Mercantile in downtown Atchison shortly before it opened before 10 a.m. Tuesday — a welcome return to routine. (During shutdown times, the store showed off its wares on Facebook Live for online sales.) He turned on the lights and cued Sinatra and classic oldies.

“It’s upbeat just to kind of escape what's going on outside,” said Busenbarrick, a designer and salesman at the furniture and interior design store that reopened last week.

He worked his way through the store with Clorox wipes and a keen eye. A decorative box, plate or candle that’s slightly out of place clues him in that it’s been touched. Alarms on his phone remind him throughout the day to keep scrubbing: Check out a customer, wipe down the cashier area. Repeat.

A giant wall clock sold swiftly to a customer who wandered in Tuesday morning after weeks without access to the shops she prizes most.

“I’ve needed to purchase things,” said Denise Wood, owner of a countryside retreat outside Atchison. She books her getaway treehouses on Airbnb. “I’ve held off (shopping) because I wanted to go to my favorite stores … to support their businesses and to help them get back up and going.” 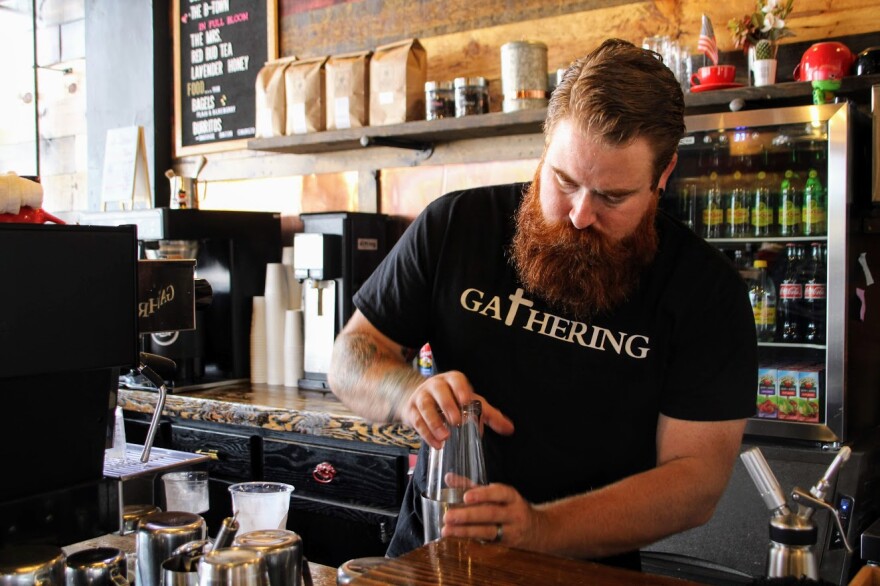 On the corner of 3rd Avenue and Gunsmoke Street in Dodge City, red and white letters at Red Beard Coffee deliver a message that wouldn’t ordinarily require an exclamation mark:

There’s also a more recently familiar sign taped to the front door. Only 10 people allowed in at a time. Remember, Kansas is phasing out its shutdown.

Amid the rustic decor and the smell of coffee beans and syrup mid-morning Tuesday, two people sipped coffee and ate muffins. Later, a man read the Dodge Daily Globe while drinking a cinnamon bun-flavored coffee.

Clinton Conant, who owns and runs the cafe, talked with gratitude — for the reopening and the patronage he got during recent curbside-only days.

“We had so many people giving us just, you know, just encouraging words and, and just buying things for other people,” he said. “It made a huge difference. … It was very humbling.” 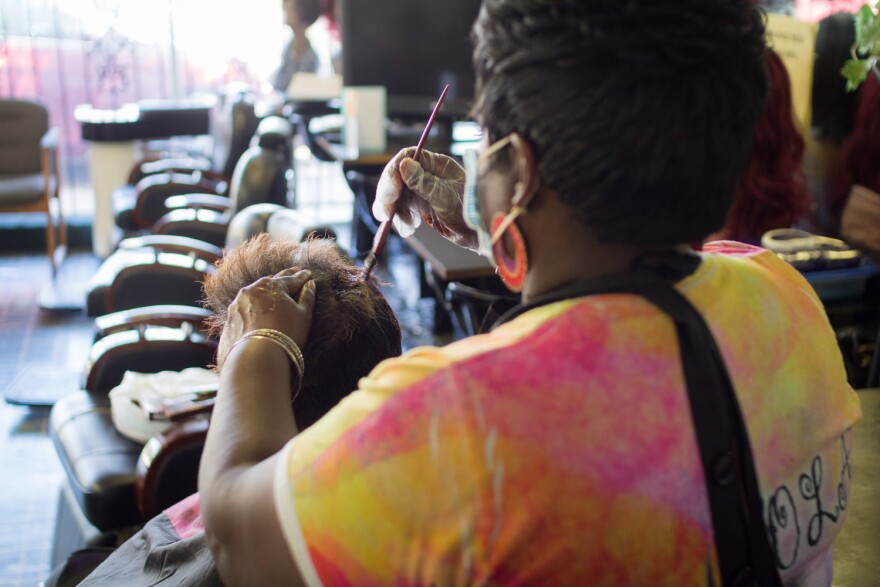 Profiles Beauty & Barber Salon in Wichita was quieter than normal this week, at least the old normal. The sound of conversation was mostly gone, leaving just the solitary snip-snip of scissors. A row of hairdryers sat empty. Magazines, a place for germs to linger, were gone.

For the last two months, Montella Wimbley spent her days pursuing a small business loan (didn’t happen), an unemployment claim (nothing has showed up yet) and her federal government stimulus check. Now, she was back to styling hair.

“I’m the owner of the salon, so I have my bills here,” she said. “(They) don’t stop just because I'm not working.”

Likewise, hair doesn’t stop growing. That makes for antsy customers whom she’s been telling, “I really do love you, but I don't know if I love you enough to die for you.” This week, that began to change, by appointment only.

Wimbley keeps the door locked during appointments now because normally people “want to stop, sit down and talk.”

“We’re not doing that anymore. Call me, text me,” she said. “You're not even getting in the door if you don't have an appointment.” 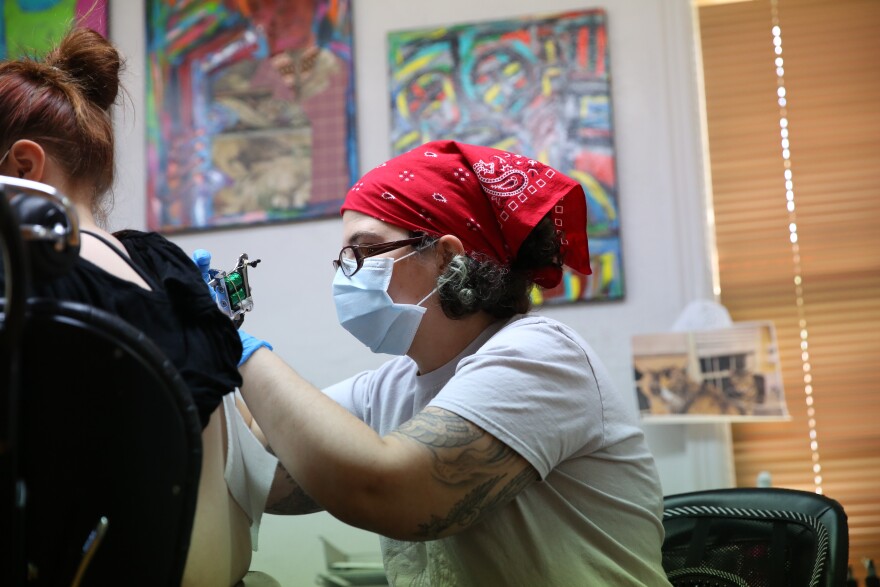 Everybody knows Gary Barber as “The Professor.” He works with his daughter at Inkslinger’s Tattoos in Overland Park and he’s been a pro for 40 years.

He felt the governor’s stay-at-home order put too much of a strain on small businesses like his.

Barber thinks of tattoo services as essential (“There’s a lot of clients that need that tattoo, it just makes them feel relaxed.”)

And while he says a few other tattoo shops remained open during the shutdown, he followed the law reluctantly.

“The economic impact that the shutdown has,” he said, “had a far more reaching negative impact on all of us.”

Now, Barber is back at it, albeit without a mask. He’s claustrophobic and says he panics if his face is covered. “I just choose not to wear one. … If my clients want to wear one, they’re free to do so.”

Before the pandemic, he’d been contemplating retirement. The reopening reminded him of the stress that had him thinking that way. But now his daughter, Beka Kramer, owns the shop and handles most of the work. Still, he feels the stress.

“The phone has been ringing off the hook,” Barber said. “Everybody wants a tattoo. Right now.”