In Kansas, however, it appears most of its $4.9 billion in Paycheck Protection Program money landed where Congress intended: on the books of small- to medium-size businesses and nonprofits — from a wine bar in Hays to a movie theater in Parsons.

“I was able to keep all my employees busy and fully paid,” said Troy Mentzer, the third member of his family to own The Pad, a Topeka fast-food restaurant that his grandfather started in 1961.

The PPP loans also saved some jobs for nearly 267,000 Kansans who suddenly found themselves out of work when stay-at-home orders and other restrictions aimed at slowing the spread of the coronavirus shut down thousands of businesses across the state.

Mentzer said the loan gave him enough “breathing room” to keep all of his workers on the payroll despite having to close the restaurant to dine-in customers for almost two months.

“I brought in my full crew every day,” he said, “and if we weren’t busy we cleaned.”

As of May 30, 49,375 Kansas businesses received a share of PPP funding, which they must use primarily for payroll over a set period of time to have forgiven. (The rules of which are still in flux, even as loan-forgiveness applications are being accepted.)

The PPP came in two rounds — the first giving Kansas and other Midwestern states higher loans per small-business employee than the rest of the U.S., especially states that had far more COVID-19 cases. The average loan in the first round of PPP money in Kansas totaled just over $160,000 but dropped to around $30,000 in the second round.

The PPP wasn’t just for small businesses, but also for nonprofits, like museums, churches and an organization that provides legal assistance to low-income Kansans.

The Cosmosphere and Space Center in Hutchinson, which is one of the state’s top tourist attractions, closed March 16. Officials believe the drop in foot traffic will translate to an estimated loss of $1.4 million.

It received a $406,000 PPP loan, which president and CEO Jim Remar said went to keeping most of his 60-person staff on board. 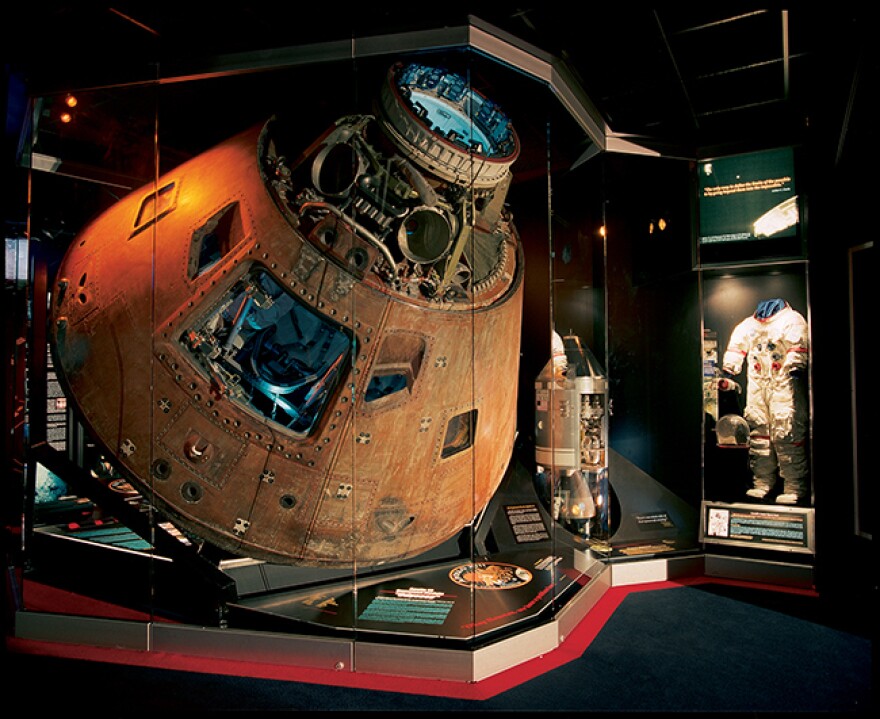 “It allowed us to bring back staff, do some deep cleaning of high-traffic areas and some maintenance,” Remar said.

It also gave his top staff an opportunity to “reflect on what it is we do” and to formulate a plan for protecting visitors when the museum reopens next month, he said, as well as protecting children if the annual summer space camp can take place.

“We’ve been working with our local health department and have a good plan in place,” he said.

Just up the road in McPherson, Luke Aichele missed out on getting a loan in the first round.

“By the time I got around to applying for PPP, all that money was gone,” said Aichele, a barber who made headlines by attempting to reopen his shop in defiance of state and local health orders.

He recently testified in front of a Kansas legislative committee, saying many of the loans went to businesses that were less affected by COVID-19 than his because they were allowed to remain open.

“It really wasn’t going to people trying to keep their employees on,” he argued.

Still, he said, he was approved for a loan in the second round of PPP money.

A small-town movie house is “barely a break-even business” under the best of circumstances, said Pat Haley, who co-owns The Parsons Theater in the southeast Kansas community of about 10,000 people.

The movie theater was forced to close March 17 to comply with orders aimed at slowing the spread of the coronavirus, and Haley wasn’t sure he would still have a viable business when allowed to reopen.

Recipients are required to spend 75% of PPP money on payroll. The remaining 25% can cover essential business expenses such as mortgage payments, rent and utilities.

Haley said it would have been helpful to have more flexibility, “something more like 60/40.”

That flexibility might be on the way. The U.S. House recently approved legislation to ease restrictions on small businesses as they seek to have their PPP loans forgiven. The bill reduces the amount business owners must spend on payroll to 60% allowing them to use the remaining 40% to cover other expenses. It also:

The overwhelming margin by which the House approved the bill (417-1) makes it more likely the U.S. Senate will follow suit.

That’s good news to Shaun Musil, who was hesitant to apply for a PPP loan fearing he wouldn’t be able to meet the forgiveness criteria.

“We didn’t want to have a bunch of loans to pay back,” Musil said. “That was my biggest fear.”

Musil and his wife, Heather, own the Paisley Pear Wine Bar, Bistro & Market in Hays. Their small, mostly part-time staff includes several Fort Hays University students. If too many of them “graduated and moved on,” Musil was worried he might not be in strict compliance with those rules, which he said, seemed to be “changing daily.”

“Running a small business, we’re all hands on deck and we didn’t have time to read all the information that was coming out,” he said.

They applied anyway and got what Musil described as a “small loan” — just enough to cover a couple of weeks of payroll. Now that the bistro has reopened, Musil’s focus is on “getting people back in the seats.”

“We hope they feel safe, but I can’t judge what people are thinking,” he said. 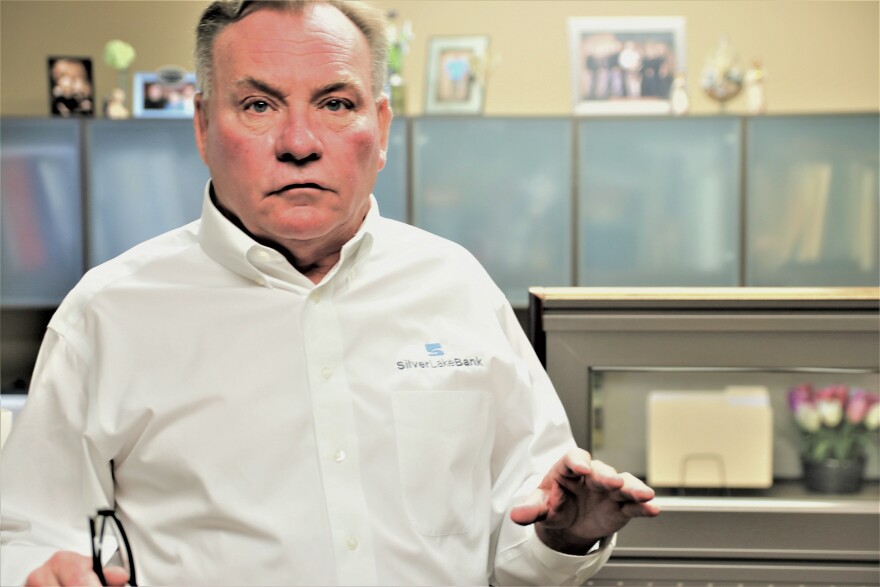 The Silver Lake Bank is one of many Kansas community banks with a history of being a Small Business Administration lender. Bank president Pat Gideon said that made it more ready to start handling applications as soon as the PPP launched.

On the Friday of the launch, Gideon said, his staff made sure at 4:30 a.m. the application portal was working. By 6:30 a.m., they had pushed through the first application.

The first $342 billion ran out within five days, and Silver Lake Bank, which has five branches in northeast Kansas, had processed 186 loans worth $34 million.

The biggest was a Topeka-based food production business got the Silver Lake Bank’s largest loan of $2.7 million. A home-based vegetable hot house that needed only $1,200 was the recipient of its smallest.

Most of the loans went to help “owner,-operator businesses” retain workers, Gideon said. “They kept people off unemployment.”

More than 500 Kansas banks, credit unions and other types of lending institutions participated in the program.

The first round of PPP money had all but run out when Don Kipper, the owner of a small toy store in Los Angeles, connected with Gideon through a mutual acquaintance. Kipper’s bank wasn’t responding to him.

Gideon did, and he was intrigued by Kip’s Toyland, which was started in 1945 by Don’s father. He had been a prisoner of war in World War II, and when he got back to the U.S., he decided to sell only child-powered toys — none rely on batteries or electricity.

“It’s a great story and this (the pandemic) was going to close them down,” Gideon said. “So, we secured the money for them.”

The approximately $30,000 loan allowed Kipper to stay in business and continue paying his small staff.

“It reminds me of that movie “It’s a Wonderful Life,” Pat is that guy,” Kipper said. “He made it happen.”

Jim McLean is the senior correspondent for the Kansas News Service. You can reach him on Twitter @jmcleanks.

Scott Canon is managing editor of the Kansas News Service. You can reach him on Twitter @ScottCanon.

The Kansas News Service is a collaboration of Kansas Public Radio, KCUR, KMUW and High Plains Public Radio focused on health, the social determinants of health and their connection to public policy.