Emporia State University has laid off 33 employees, including tenured faculty, in response to declining enrollment. Kansas News Service editor Stephen Koranda spoke to education reporter Suzanne Perez about the cuts at Emporia State, how that’s stirred a revolt on campus, and what it might mean for other state schools.

Emporia State University plans to eliminate some majors as part of a large-scale restructuring approved by the Kansas Board of Regents. Faculty at other state universities say the move could have long-term consequences for higher education.

By Suzanne Perez, KMUW and the Kansas News Service

McCoy, Emporia State’s sole journalism professor and advisor to the student newspaper, was among 33 faculty members laid off as part of a large-scale restructuring in response to declining enrollment. His column had criticized the move and university leadership.

The layoffs followed a plan approved by the Kansas Board of Regents last week.

Emporia State President Ken Hush said decades of nip-and-tuck budgets put the university on a path toward financial crisis — “death by a thousand cuts,” he told the Regents — and he said reinvention was the only path forward. On-campus enrollment has declined by more than 25% since 2017 and state funding has not kept pace with expenses.

“So what’s the choice? Charge students more?” Hush said. “We don’t want to do that.”

He said Emporia State will focus on its core programs, including nursing, biology, business, library and information management and teacher education, and eliminate some low-enrollment majors.

“Use of this framework is not just another budget-cutting exercise. Been there, done that, numerous times,” he said. “It will enable us to fundamentally change what we can offer our students, and that’s exactly what we are going to do.” 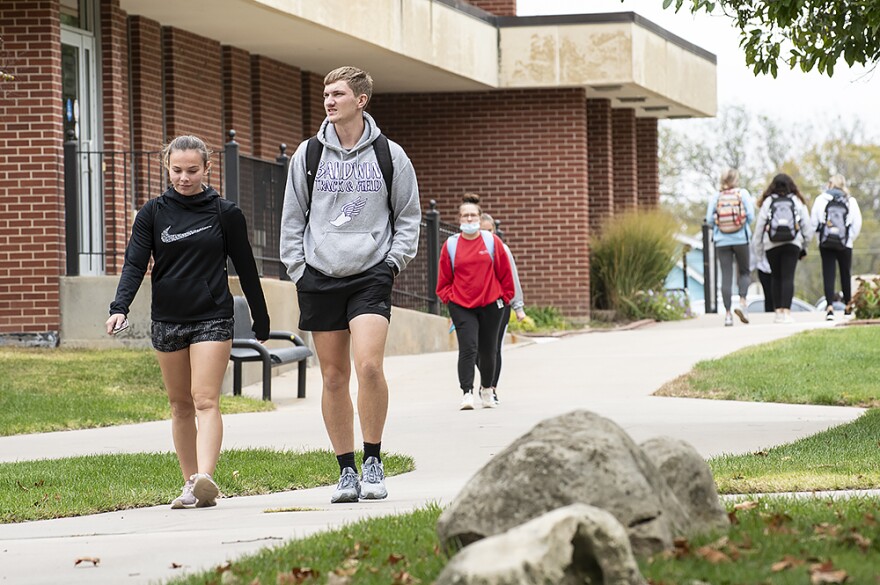 The layoffs at Emporia State may hit only a few dozen professors, but the firing of instructors who might have thought tenure all but guaranteed their jobs for life sent a shiver through campuses across the state. Maybe tenure in Kansas might not be the golden ticket to job security and academic freedom that professors had come to take for granted.

Faculty at other state universities contend the move dismantles tenure and could have long-term consequences for higher education in Kansas.

“What has happened at Emporia is clearly a violation of the agreement that was made with Emporia faculty, both when they were hired and when they were tenured,” said Neal Allen, a political science professor at Wichita State University. “We … will have trouble attracting people because of how our Regents have violated … commitments.”

Tenure is intended to protect academic freedom. Normally, tenured professors can be fired only for justifiable cause or under extreme circumstances, such as when a university declares financial insolvency. Earning tenure often marks a major landmark in an academic career.

But a controversial measure passed by the Kansas Board of Regents last year temporarily lets universities bypass regular policies on faculty and employee terminations to balance budgets. The policy was originally set to expire at the end of 2021 but was extended to December 31, 2022.

Emporia State administrators said their plan will affect about 7% of the school’s faculty. They have not said which majors, minors or concentrations may be cut, but said about 2% of students are enrolled in those programs.

Students will be allowed to finish their degrees. Most faculty who were laid off were told they can work through May and will get three months of severance pay.

University spokeswoman Gwen Larson said more information will be released in coming weeks. She said the process is painful but necessary to keep Emporia State viable.

“This is all about reinvesting in programs that we already have that we want to elevate,” Larson said.

She said the cuts were a short-term solution and not an attack on tenure.

“We are not abolishing tenure across campus. We are not going to start hiring people and telling them they can't be in a tenure track position,” Larson said. “Tenure still exists on this campus and will continue to exist.”

“We have already accepted, with minimal complaint, the temporary suspension of tenure,” said George Dehner, a history professor at Wichita State. “That’s not a thing. You either have tenure, or you don’t.”

McCoy, the journalism professor, said Emporia State faculty had little notice of what was coming and almost no time to offer feedback. Officials announced their plan to eliminate positions on September 7. Employee feedback was due by September 12. 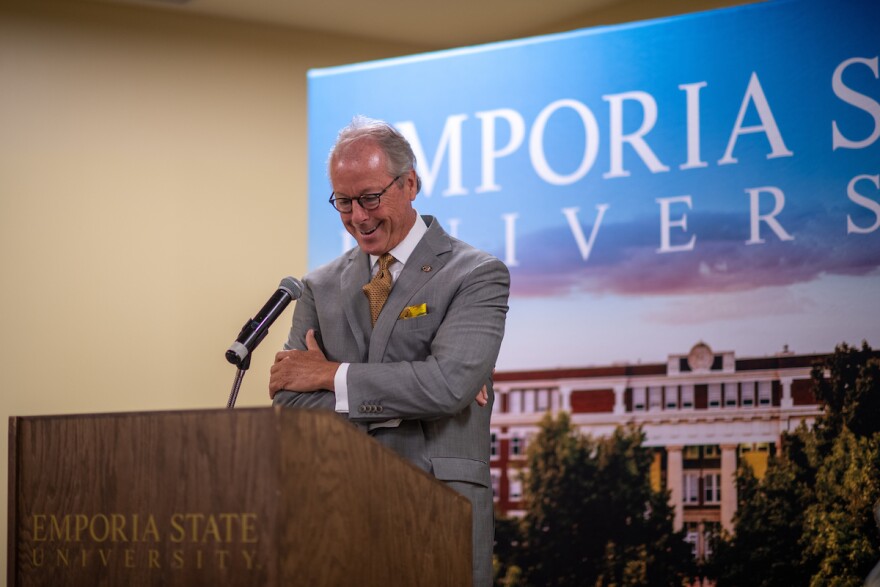 The proposal presented to the Regents lists nine bullet points that could be used to terminate any employee through December 31. They include low enrollment, reduction in revenues for specific departments, current or future market considerations, performance evaluations and realignment of resources.

McCoy and other critics have also criticized how Hush was hired. The school president, an Emporia State graduate, was named president following a secret search — a practice that has become common at Kansas universities in recent years. He does not have an advanced degree. He worked for Koch Carbon, a subsidiary of Koch Industries.

“We are quickly moving toward an oligarchy where only money and power matter,” McCoy wrote in the column preceding the layoffs. “What has traditionally been rewarded in higher education, merit in the form of academic achievement and expertise in a discipline, is sneered at because it doesn’t make it rain.”

Some faculty fear what happened at Emporia State could be copied on other campuses.

“This is not an ESU-only situation,” said Wichita State sociology professor Chase Billingham. “Because what happens at that university has ramifications, given the nature of the academic job market for every other institution, including our own.”

The Kansas Board of Regents voted in February to hire Maryland-based RPK Group to conduct a systemwide review of degree programs at all six major state universities. It will analyze areas of duplication, workforce needs and varying rates of demand among academic programs.

When RPK conducted a similar review in Vermont, it led to the consolidation of several state colleges. The group will deliver its report to the Kansas Regents in December.

Larson, the Emporia State spokeswoman, said one factor in the layoffs was an attempt to head off the RPK report.

“Rather than waiting for an outside entity to give us recommendations of what to do with different programs, we decided we wanted to start looking into that and make our own decisions and try to take control of the situation,” Larson said.