A major donor to the University of Illinois wondered what the heck was up.

Robb Fraley, a top Monsanto executive at the time, emailed the dean of the agriculture college in 2018 complaining about a professor saying publicly that one of his company’s flagship products was causing widespread damage to crops. Monsanto was also a major donor.

Fraley accused the professor of being “biased” and “prone to exaggeration.”

U of I officials had spent years courting Fraley, and they had listened to him before when he'd complained about a lack of progress on an endowed chair he’d funded.

But the 2018 episode highlights potentially thorny situations for public universities, which have cultivated powerful agricultural corporations as donors while public funding has stagnated.

Dicamba posed a particularly critical issue to Fraley. After all, he was as responsible as anyone for leading modern agriculture into using lab-designed seeds that could withstand spraying from weedkillers. That Monsanto-branded Roundup Ready pairing of biotechnology with glyphosate herbicide revolutionized grain farming around the world.

When glyphosate lost its punch — after weeds grew resistant to Roundup — Monsanto shifted to teaming different genetically modified seeds with the dicamba herbicide.

But farmers who’d not adopted the new genetically engineered seeds started complaining about “dicamba drift” and of seeing their crops perish from the effects of the herbicide migrating to their fields.

So when U of I weed scientist Aaron Hager spoke about a controversy as big as any in commercial agriculture in ways that didn’t sit well with Fraley, the university benefactor let the school know about his displeasure.

“Hate to see the U of I take these positions,” Fraley, a U of I graduate, wrote to Hager’s boss.

Fraley, the former chief technology officer at Monsanto, could not be reached for comment despite phone calls to publicly listed numbers, inquiries through companies he serves on the board of or through Bayer.

In the end, the school’s dean stood up for Hager as a faculty member voicing his professional opinion and backed by science.

Across the Midwest, corporations have become critical, aggressively pursued sources of money for agricultural colleges as tax dollars become increasingly elusive. But that money can put the same schools in awkward positions, vulnerable to criticism from those private donors entangled in public controversies.

U of I officials had gone all out to win over Fraley. That meant things like responding to a request from Fraley’s wife for a slick booklet showing what their donations meant to the university and securing a signed football from head football coach Lovie Smith.

In the end, those efforts figured in an ambitious, nearly decade-long campaign to land an “innovation center” on the school’s Urbana campus.

Since 2010, corporations have given at least $170 million in donations to public university agricultural programs, according to data collected by Harvest Public Media and Investigate Midwest in four states. 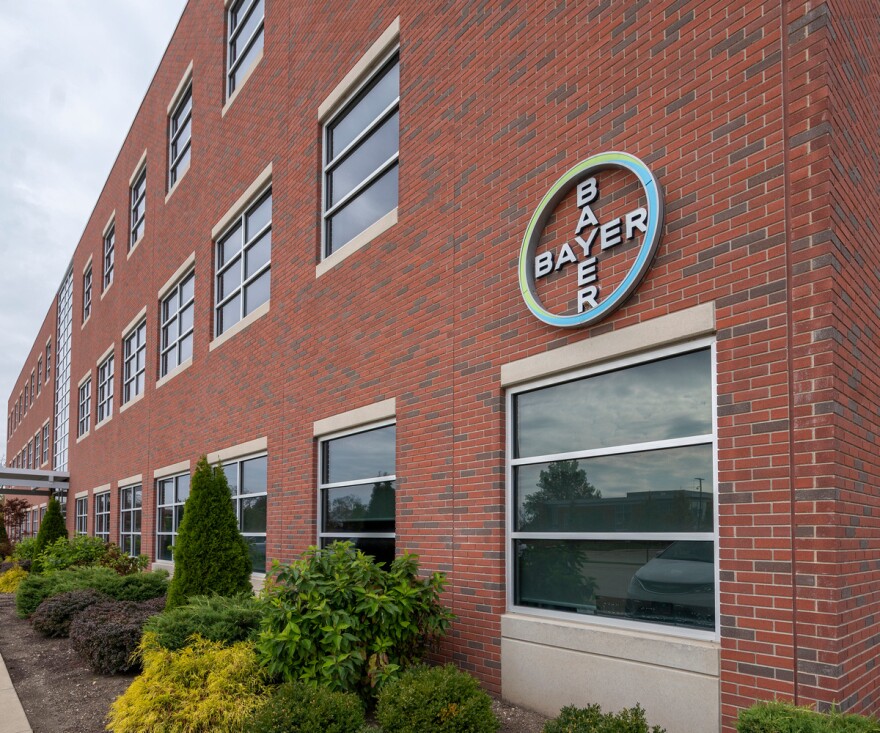 That corporate money has paid for research centers and specific studies at universities. That influence might limit the scope of what areas of research universities tackle, said Gabrielle Roesch-McNally, who advocates for women’s ownership with the American Farmland Trust. As an Iowa State doctoral student, McNally worked on a large federally funded research project.

“Corporate influence has that kind of much more tacit control over the research agenda,” she said. “It’s a way for people to say, ‘Well, they’re not controlling us. They’re not our puppet masters.’ But we only research the crops that they’re heavily investing in.”

Robin Kaler, a University of Illinois spokeswoman, said researchers at the College of Agricultural, Consumer and Environmental Sciences regularly work with corporate partners. She said the university believes “strongly in researchers conducting and sharing their work without influence from internal or external entities.”

U.S. Right to Know obtained the emails from the University of Illinois and shared them with Investigate Midwest and Harvest Public Media.

Of the four universities that provided donation data to the media outlets, most of the corporate money for ag schools went to the University of Illinois (about $100 million) and Iowa State (about $50 million). Illinois and Iowa are two of the most productive agricultural states in the country.

The largest donors to the four universities make up a who’s who of powerful agricultural corporations. One of them was Monsanto.

Bayer, which now owns Monsanto, declined an interview or to respond to specific questions.

“We have a long history of working alongside and supporting university researchers on a wide range of agricultural topics,” the company said in an emailed statement. “This type of university/company collaboration is very common — and essential — across the agriculture industry.”

Another major donor is Archer-Daniels-Midland, a multinational company that turns corn into ingredients used in everyday household items like toothpaste and sweeteners. Based in Illinois, the company has given about $7 million combined to the four schools.

“Universities play a critical role in research discoveries, as well as the development and implementation of new technologies,” an ADM spokesperson said. “We believe collaboration across industry and higher education is essential to the future of agriculture.”

For decades, the federal government funded much of the research and development into agriculture, and not just on campuses. But that changed around the 2008 financial crisis. Soon after, the private sector became the dominant spender, according to the USDA. In its study, the USDA noted private research tends to focus on things that boost revenues over developments that could help the public at large.

At the same time, state funding for universities decreased. Funding ticked up throughout the 2010s, but, overall, state funding in 2020 was 6% less than in 2008, according to the State Higher Education Executive Officers Association. Many universities increased student tuition and fees to compensate.

Officials for the four schools that provided data said federal funding is still very important to their institutions, but corporate donations help keep universities relevant to industry, one official said.

Daniel Robison, the dean of the College of Agriculture and Life Sciences at Iowa State, said that even though his college’s largest funder is the federal government, private donations are vital.

“It’s funding that helps keep us relevant with respect to pragmatic needs that are on the ground,” he said. “There are many, many organizations, companies, that are doing fundamental research as well. Our ability to work with them and their interest in working with us speaks largely to our relevancy, frankly, to the industry that helps to support the production of food.”

Monsanto and U of I

The same year, Monsanto convened several weed science professors for an academic summit to discuss dicamba and its impact on crops. The academics complained openly to company officials that they didn’t like how Bradley was treated, according to meeting notes included in a lawsuit. “Monsanto does not have a good reputation” and the behavior only reinforced the stereotypes, one professor said. Another said Monsanto attacking Bradley harms “the entire academic community.”

The next year, Fraley contacted Kidwell, U of I’s agricultural college dean, about Hager, the weed scientist.

Investigate Midwest reached out to Kidwell. A university spokeswoman responded instead by insisting that university research is free from external influences. Hager, the professor called out by Fraley, declined comment.

For years, U of I officials had cultivated a relationship with Monsanto and Fraley. When the company sought a home for its innovation center — a place devoted to improving efficiency in agriculture — university officials lobbied hard for it.

“After 9 years of working with Monsanto,” the university’s corporate relations director wrote to Kidwell and Chancellor Robert Jones in 2017, “we are very close to having a strategic initiative with them that goes beyond their historical pattern of treating their core 6-7 universities equally.”

The lobbying paid off in early 2018, when Monsanto opened its center on campus.

“Thanks for your support — we are excited to open this new Ag innovation center on campus!” Fraley emailed Jones. “You’re most welcome!” the chancellor replied.

Monsanto and Fraley were natural targets for a university largely associated with agriculture. The company was at the cutting edge of biotechnology in the field.

Fraley helped develop crops resistant to the company’s own weedkiller, Roundup, and, during his tenure, genetically engineered crops came to dominate U.S. agriculture. (In 2020, 94% of all soybeans, 96% of all cotton and 92% of all corn was genetically modified.)

But in recent years, it had also been sued repeatedly over Roundup, which many people claimed had caused their cancer. Bayer, which has lost three of the four lawsuits to go to trial, is negotiating a settlement that is expected to surpass $10 billion.

Dicamba came with a new problem: It was drifting from where it was sprayed and damaging crops that lacked the genetic engineering of Monsanto’s new line of Xtend seeds. Thousands of farmers complained.

Monsanto organized extensive training in 2018 that told farmers, among other things, not to spray dicamba on windy days. But the damage continued.

Some academics argued that dicamba’s problems couldn’t be fixed merely by coaching farmers more specifically on how to use it.

In the summer of 2018, Hager said publicly that he estimated dicamba had damaged at least half a million acres of Illinois soybeans.

Fraley forwarded the trade journal article he was quoted in to Kidwell.

“Aaron seems biased & prone to exaggeration,” he wrote. “Hate to see the U of I take these positions — it is contrary to all the training that was conducted in Illinois this past year.” 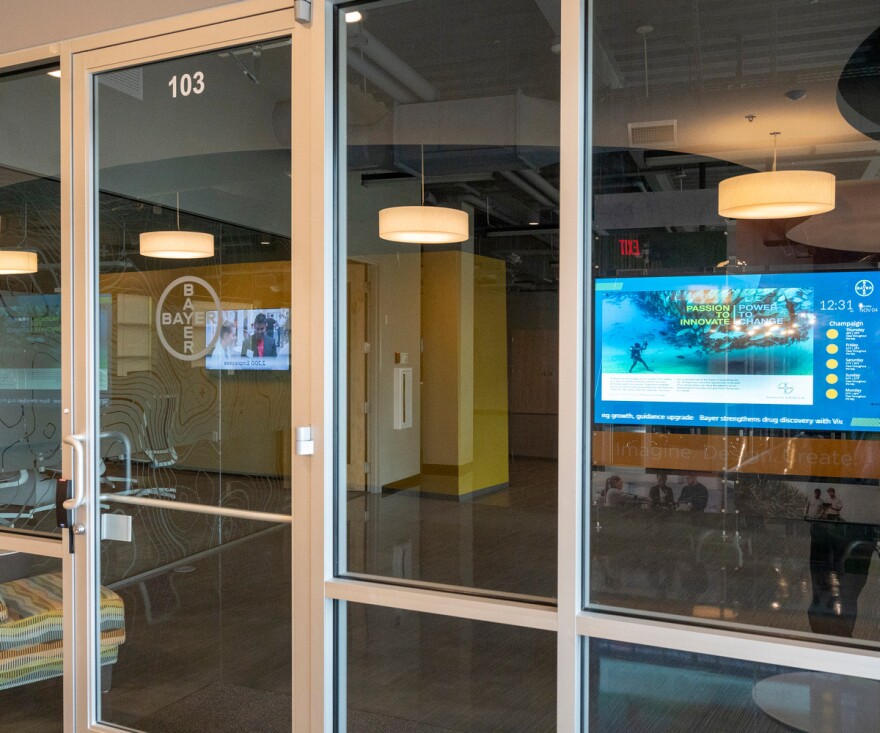 “With all due respect, my perspective of Aaron’s comments differ dramatically from yours,” she wrote. “I don’t see where your accusations of bias and exaggeration are coming from.”

Kidwell argued Hager had a right to his professional opinion. There’s no email chain suggesting Fraley pursued the matter after that.

Meanwhile, Kidwell emailed the university’s chancellor, with a subject line, “Blind Side Alert.”

“This is the latest of multiple messages he has sent to me about Aaron in the last year, all of which were of a similar flavor,” she wrote to Jones.

Jones’ reply is not in the emails.

“We recognize the company should have done a better job communicating with university personnel relating to the initial XtendiMax herbicide introduction,” a Bayer spokesperson said in an emailed statement. “There were isolated, individual interactions in that time period that lacked humility and proper respect.”

The exchange between Fraley and the U of I appears to be little more than a hiccup in that relationship.

Over the next two years, Kidwell continued to communicate with Fraley, thanking him for his donations to the Fraley-Borlaug Fellowship in Plant Science, updating him on interviewing candidates for the agricultural communications faculty and creating a snazzy presentation on a new idea: the Science Communication Center at the University of Illinois.

The new center would focus on better explaining agriculture to the world, according to a Feb. 5, 2020, email. Leading with a Fraley quote, the presentation suggested better messaging could dispel what Fraley considered misconceptions about genetically modified crops. The presentation thanked "Robb and Laura" by name for donations to five major campus units.

“This Center will be an extension of the excellence you have helped to create at Illinois," the presentation read. "We look forward to exploring this opportunity in more detail, as we build the future, together.”

Click here to read Part II and Part III of this series.