WICHITA, Kansas — First came the school year where a killer virus sent everybody home early. Then the maddening online year. Followed by the half-and-half year.

Amid all that, teachers — or public schools writ large — became the enemy. Hostility boiled over about wearing masks, banning library books or teaching about history and race. And fears continued about gunmen storming classrooms.

Many teachers, principals and superintendents found themselves burned out, or merely worn out, and they’re calling it quits — heading for retirement or other jobs.

Now Kansas finds itself facing the most severe teacher shortage it’s ever known. Roughly 4% of teaching jobs — about 1,400 — are unfilled, and by the time the first bell rings this fall, it’s likely to be worse, not better.

“Forty years ago, there were up to 100 applicants for every (teaching) job in Kansas,” said Education Commissioner Randy Watson. This fall, even large districts will be lucky to get 10, he said. “We’ll have shortages.”

The problem has been building for years. But new research by the RAND Corporation shows that the COVID-19 pandemic increased teachers’ levels of stress and burnout and may be accelerating the exodus.

Nearly a third of teachers and principals said they were likely to leave their current job by the end of the school year, an increase since RAND’s survey in 2021. Teachers of color were more likely than white teachers to say they intended to leave.

For several years now, the survey has painted “a picture of stress and of some job dissatisfaction for many educators,” said Elizabeth Steiner, a policy researcher and co-author of the report.

The RAND survey found that supportive school environments — in which teachers are involved in decision-making and have positive relationships with their colleagues — lead to better well-being and a decreased likelihood of leaving the profession.

“They still love their jobs, want to be there for their students … love teaching, love leading schools,” Steiner said. “For many of them, it’s the context that they are teaching in, not teaching itself, that they find to be stressful and difficult.” 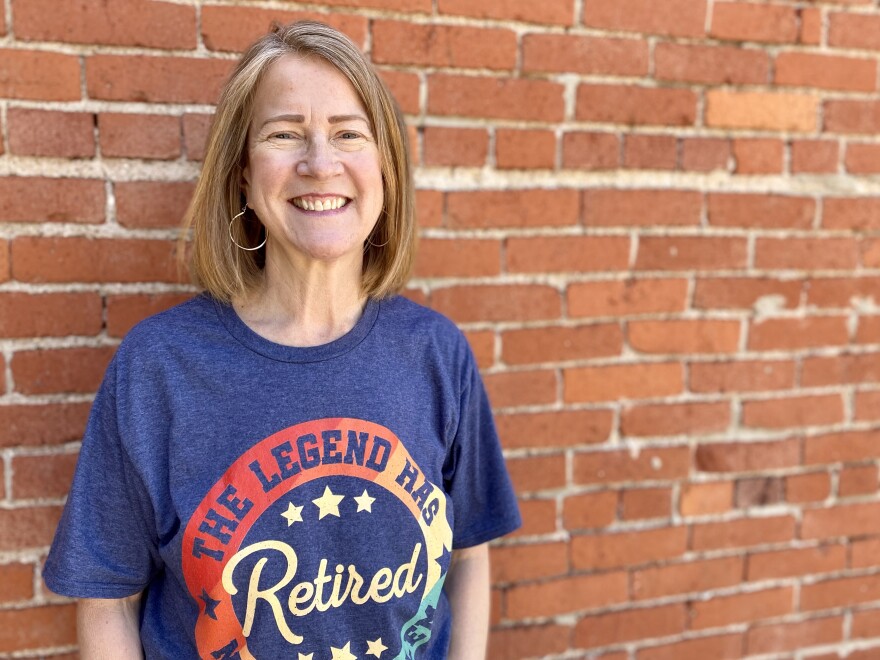 Cindy Deutsch retired this spring after teaching kindergarten for 37 years in Wichita. Early in her career, she had lots of flexibility and independence in the classroom, she said. Not now.

A major frustration was an intense focus on testing even the youngest students, Deutsch said. When she started teaching, there were four categories to mark on kids’ report cards for reading and writing. Last year, there were more than 20.

At times, she said, she felt like she was testing more than teaching:

Jarred Fuhrman struggled over his decision to leave his job as principal of Basehor-Linwood High School, but he finally decided in May to try something new. Fuhrman accepted a position in human resources for a Kansas City-area company.

“For me, it was a family decision,” said Fuhrman, who has two school-age children. “Being a high school principal is one of the more challenging positions in education.”

Fuhrman said there were days he’d get to school at 7 a.m. and not leave until after 10 p.m.

“It just wears on you. It’s just exhausting,” he said. “I was just tired.”

“The last couple years have been pretty hard with COVID and just all the different changes that schools have been going through,” he said. “I do worry about the teacher shortage. I think it’s going to be a little scary the next couple of years, and I don’t know that I have a good answer for that.”

Steiner, the RAND researcher, said a majority of teachers and principals intend to stay in their jobs and are leaning on each other to cope with job-related stress.

“They turn to their friends and colleagues to vent, to seek solutions, or sometimes just to hang out,” she said.

Steiner said school leaders should ask teachers what contributes to their stress and try to fix those problems.

“If there’s anything district and school leaders can do to address the things that teachers find difficult about their job,” she said, “it could help improve educators’ mental health.”