OVERLAND PARK, Kan. (KNS) — The final challenge for Republican Kris Kobach’s political rebound may depend on how strongly Kansas voters feel about national Democrats and how much they fear a liberal agenda seeping into their state.

Or it may hinge on how they perceive his firebrand reputation that made him a polarizing national figure.

After losing a run for governor four years ago and the Republican primary for a U.S. Senate seat two years ago, Kobach returns to Kansas voters with the same hot-button issues and a plea to be their attorney general.

He promises to make a nuisance of himself to the Democrat in the White House.

“And we will win,” Kobach said. “I'll wake up every morning having my breakfast thinking about what our next lawsuit against Joe Biden is going to be.”

But in a state where Republicans dominate, Kobach is in many ways campaigning against himself and how some Kansas voters love to loathe him.

His opponent, Democrat Chris Mann, has kept the race close by capitalizing on anti-Kobach sentiment and focusing on the traditionally bland state issues the state’s lawyer normally concentrates on. He’s also touting his background as a former police officer, one-time prosecutor and a private attorney.

The relatively unknown candidate points to Kobach’s high-profile failures, like his voter registration ID law that was struck down in federal court. Kobach’s defense of that law cost the state nearly $2 million and resulted in a federal judge ordering him to take remedial law classes.

“My opponent, Kris Kobach, has already proven he’s a threat to democracy in Kansas,” Mann said. “The last thing that Kansans need is a politician like Kris Kobach.”

But the Republican establishment didn’t back Kobach in the GOP primary. As beloved as he is among grassroots Republicans, he’s a bit of a boogeyman to Democrats and many moderates.

Groups that almost always back Republicans are drifting away, leaving the reliably conservative candidate to see if he can win mostly on his own. 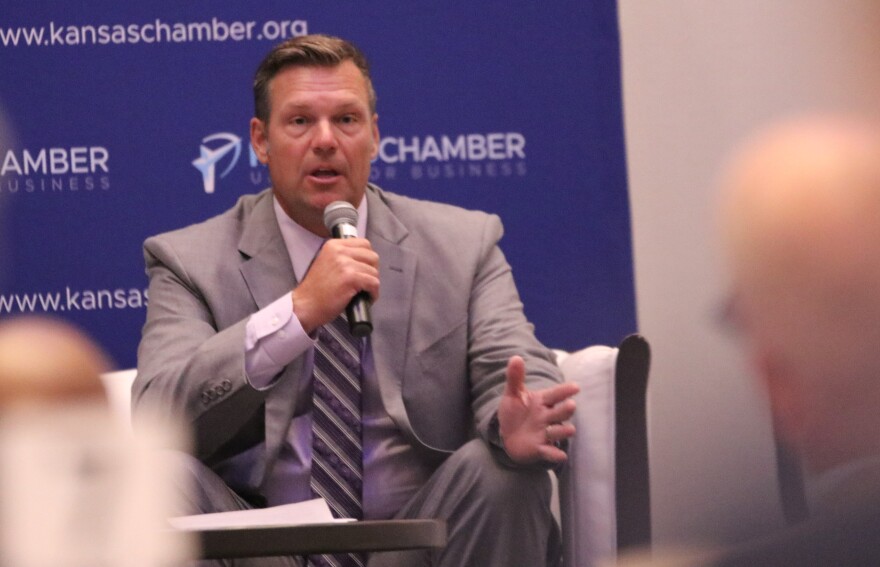 Kobach has made a political career out of two main issues — illegal immigration and his unsubstantiated claims that voter fraud is a widespread problem.

If elected, Kobach will be able to pursue those issues as the state’s lawyer. But his laser focus on them appears to have waned, and his new target is stopping national Democrats to protect Kansans from federal laws they hate. He’s already sued Biden’s administration twice as a private attorney on behalf of groups challenging COVID-19 vaccine mandates.

Michael Smith, a political scientist at Emporia State University, said the shift may be best for what an attorney general has the authority to do. But it also shows Kobach’s oft-used campaign material has moved into the political mainstream.

“The allegations of voter fraud have kind of developed a life of their own,” Smith said. “So Kobach is still trying to get a handle on this.”

But his focus on national topics still resonates with many Kansans.

Marisel Walston, chair for the Johnson County Republican Party, said before the primary election that Kobach’s stances on issues were very well known, making it easier for voters to understand where he stands. That may have helped him win a three-way race in the primary election with less than 50% of the vote. He overcame state Sen. Kellie Warren, who had the backing of the state’s Republican leadership.

After that victory, Kobach said he didn’t need the establishment’s backing.

“It shows the ordinary voters of our state,” Kobach said, “will not be told who is going to represent them.” 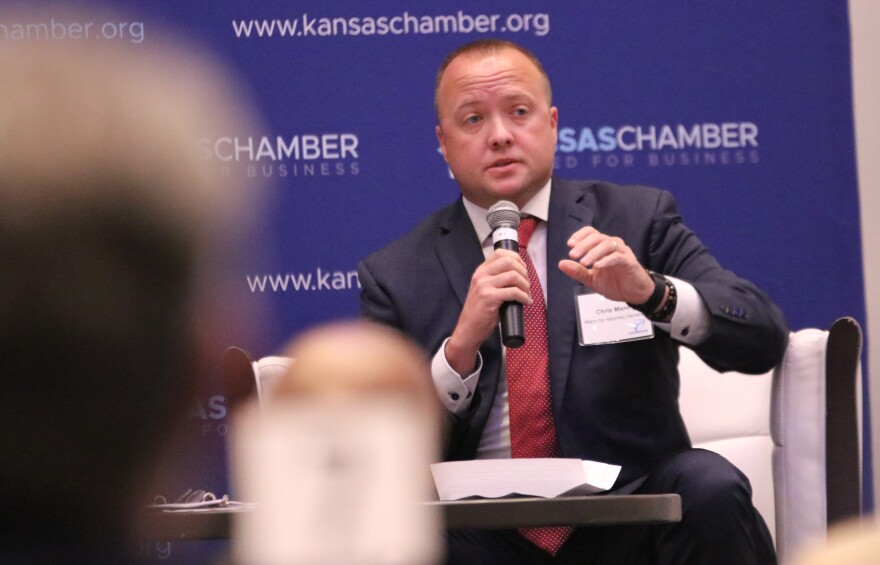 Mann has never run for office before. He was injured while serving as a Lawrence police officer when a drunk driver struck him with a car.

The injury led him to give up on that career to become a lawyer. He first was a prosecutor in Wyandotte County, trying cases from drunk driving to murder. He later moved to private practice as a criminal defense and personal injury lawyer in the Kansas City area.

Mann says he wants to be attorney general to help ordinary Kansans rather than use the office for hot-button political fights. One of the issues he says he’ll focus on is consumer fraud that targets elderly Kansans.

Mann said he will also try to stop federal laws infringing on the rights of Kansans, particularly the business and agriculture communities. Even if those laws come from Democrats.

“I will protect Kansans rights no matter who is in the administration,” Mann said. “I will make sure that we are protected from overreach when necessary, but I won’t be asserting my political agenda in that.”

Leading up to the primary election, critics often said Kobach was vulnerable to lose to a Democrat. He’s done it before, handing the governorship to Democrat Laura Kelly in 2018.

Two years later, that loss was used against him when Republicans chose Roger Marshall to be a U.S. Senator over him. The lingering effect of those losses continues to hamper his ability to drum up support.

Kobach earned a high-profile endorsement for conservative U.S. Sen. Ted Cruz of Texas, who said Kobach is the state’s best chance to battle against a woke federal government.

But well-known conservative groups aren’t so sure. The Kansas Livestock Association is backing Mann, noting his focus on state crimes like livestock theft. The Kansas Farm Bureau is staying out of the race, according to the Sunflower State Journal. And the Kansas Chamber of Commerce, usually a nearly automatic backer of Republicans, backed Warren in the primary and has not yet announced an endorsement for the general election.

Smith said the race is close because even conservatives could be tiring of Kobach’s combative style.