TOPEKA, Kansas — Many Kansans opposed to COVID-19 vaccine mandates want state lawmakers to pick a fight with the federal government even if it’s one they can’t win.

“We need leaders who aren’t afraid to fail, who are willing to go down swinging,” said Olathe resident Grant Campbell in testimony to a special Kansas legislative committee looking for ways to block the mandates.

The federal vaccine mandate hasn’t yet taken effect, but that hasn’t stopped Republican legislative leaders from creating the committee to preemptively look for ways to push back. The meeting grew so heated that the archived video of the hearing was later edited to remove a profanity-laced tirade against a journalist.

Campbell said he will lose his job if not granted a religious exemption from a mandate requiring federal contractors to see to it that their employees are vaccinated by Dec. 8. He wants lawmakers to call an emergency session of the entire Legislature.

Dozens of other Kansans made similar pleas to the Special Committee on Government Overreach and COVID-19 Mandates when it met last week for the first time.

“I beg you, I plead with you, stop standing with the globalists. Please stand with us,” said Amy Siple, a nurse practitioner from Wichita.

Protection from federal overreach is the duty of state lawmakers, said Wichita resident Denise Oldland. Even, she said, if it means sacrificing federal money that helps the state pay for highways, research and Medicaid, the health care program for low-income and disabled Kansans.

Laura Klingensmith, an activist who led campaigns against mask mandates in Johnson County schools, criticized lawmakers for failing to act on a bill last session to prohibit local governments from imposing them.

“You played politics with our lives,” Klingensmith said. “What will it take for you to protect our sovereign rights?” 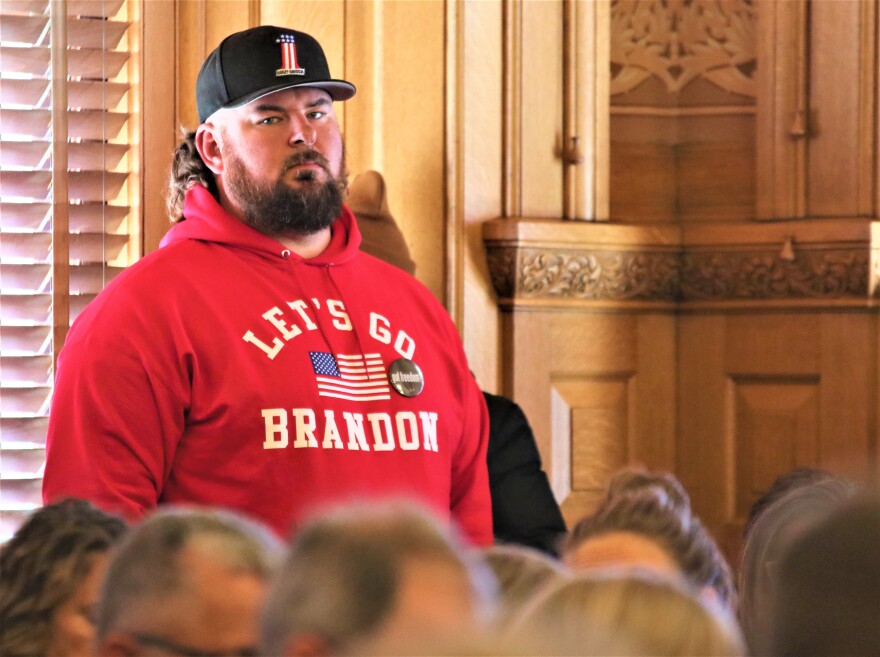 Many of the people pushing lawmakers to act made arguments based on inaccurate information and conspiracy theories circulating on social media.

Wichita resident Darwin Petersen said there is “no verifiable science” to show that vaccines protect people from the coronavirus.

“Yet, there is abundant evidence that COVID-19 is a globally coordinated plan and executed terrorist attack on humanity,” he said.

Mary Anne Sause, a retired nurse, said the federal government is forcing people to participate in a “medical experiment.”

“Mandates are a form of slavery, a form of communism,” Sause said.

Some people who testified went as far as comparing the mandates to policies used by the Nazis against Jews during World War II. A few advocated violence.

Lawrence resident Justin Spiehs said it was time to “bully” vaccine advocates “out of our lives.”

Spiehs then launched into a rant against a journalist who declined to cover protests he led against the Lawrence school district’s mask mandate. That portion of his remarks is what was later edited out of the meeting video posted to the Kansas Legislature’s website. 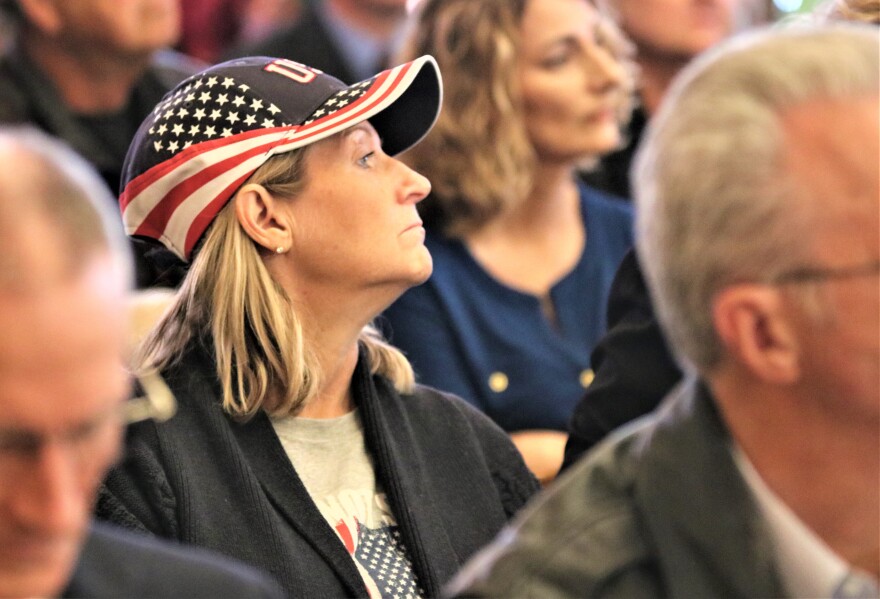 After the hearing, the chair of the special committee, Republican Sen. Renee Erickson, said the Republicans on the panel were still trying to figure out “what we can do as a state to protect Kansans’ freedom and rights.”

They could prohibit Kansas employers from requiring workers to get vaccinated in the hope that Republican-led lawsuits challenging the mandates succeed in striking them down.

But if the courts allow the mandates to stand, Rubenstein said, “federal law would trump” conflicting state laws.

That would include any changes in Kansas law that make it easier for people to get religious exemptions from the vaccine mandates, something that several members of the committee said they were considering.

Anyone seeking such an exemption, said Republican Senate President Ty Masterson, should not be questioned.

“The assumption should (go) to the person’s individual belief,” Masterson said.

Rep. Stephen Owens, a Hesston Republican, criticized exemption policies at the University of Kansas and Kansas State University that in his view are too rigorous.

“It appears to me that our universities would just as soon fall in line and do what they’re told by (the Biden) administration,” Owens said.

In testimony to the committee, Kansas Board of Regents President Blake Flanders said failing to comply with federal vaccine mandates would put approximately $1.3 billion in research contracts at risk.

“Our state’s economy cannot afford such a blow,” Flanders said.

At least one member of the committee, Sen. Mike Thompson, a Shawnee Republican, said the state should consider the trade-off.

The research dollars, Thompson said, aren’t as important as concerns “about our liberties and how they’re being trampled.”

Fighting it out in court

Starting well before the COVID-19 pandemic, courts across the country have rejected most challenges to local and state vaccine mandates. U.S. Supreme Court decisions in 1905 and 1922 affirmed that states and local school districts had the authority to impose mandates to prevent the spread of smallpox.

Federal mandate authority isn’t so clear cut, according to the Congressional Research Service.

In an April report, congressional researchers said the federal government has the power to require immigrants and military personnel to be vaccinated, but whether it can do more isn’t clear.

“Anybody who says this is a slam dunk one way or the other is over-simplifying the situation,” Rubenstein said.

Kansas Republican Attorney General Derek Schmidt – a candidate for governor – is helping to lead one of those challenges.

“Nothing in the U.S. Constitution authorizes this sort of unprecedented intrusion by the federal government into the personal health care decisions of millions of American workers,” Schmidt said in a statement announcing that he had joined in a lawsuit with six other state attorneys general.

The case – filed in the U.S. District Court for the Southern District of Georgia – may not turn on claims that the mandate is an unconstitutional overreach, Rubenstein said. But he said arguments that specific agencies exceeded their authority or that they violated federal process and procurement rules could be persuasive.

“Those procedural challenges…could be enough to derail the mandate,” he said.

The Occupational Safety and Health Administration is expected to issue a second mandate this week. It will require private businesses with more than 100 employees to get their workers vaccinated or ensure that they undergo regular testing.

Schmidt has signaled his intention to challenge that mandate as well.