Pro Football Hall of Fame quarterback and popular radio and TV sports personality Len Dawson has died. He was 87.

He led the Kansas City Chiefs to their first Super Bowl win in 1970, even picking up the MVP title. “Lenny the Cool” also guided Chiefs fans through their ups and downs as a broadcaster for more than 50 years.

"With wife Linda at his side, it is with much sadness that we inform you of the passing of our beloved Len Dawson. He was a wonderful husband, father, brother and friend. Len was always grateful and many times overwhelmed by the countless bonds he made during his football and broadcast careers," the Dawson family said in a statement to KMBC, where Dawson was a sportscaster for more than 40 years.

"He loved Kansas City and no matter where his travels took him, he could not wait to return home. Linda wants to acknowledge and thank the wonderful team of doctors, nurses and support staff at KU Med who showed tremendous amounts of love and compassion for Len."

Dawson was born in Alliance, Ohio, in 1935. Fifty-two years later, he stood at the Hall of Fame in nearby Canton, inducted after a 19-year football career. He was only the third person to enter the Hall of Fame as a player and a broadcaster, after Frank Gifford and Dan Dierdorf.

“I was into working,” Dawson said with a laugh in 2017, when the broadcasting booth at Arrowhead Stadium was formally dedicated to him. “Because my parents didn’t have a whole lot and they taught me something: ‘If you want something, find a way to earn it to get it done.’”

Dawson was a color commentator for the Chiefs radio broadcasts on the Chiefs radio network from 1984 through 2017. Play-by-play man Mitch Holthus, who grew up in western Kansas, was his broadcasting partner for 24 years and a long-time admirer.

“I made sure my mom made a crude, stitched jersey with 1 and 6 on it because I wanted to be Lenny Dawson,” Holthus said, referring to Dawson’s jersey No. 16.

Dawson was a first-round draft pick out of Purdue by the Pittsburgh Steelers in 1957 but was unable to get any significant playing time with the Steelers or in his two years with the Cleveland Browns in 1960 and 1961.

“I remember (Browns owner/coach) Paul Brown saying, ‘Hey, there’s a bunch of sons of rich people. This is a hobby for them,’” Dawson once recalled. “‘It won’t last more than a year or two. It’s not going to be very long.’” 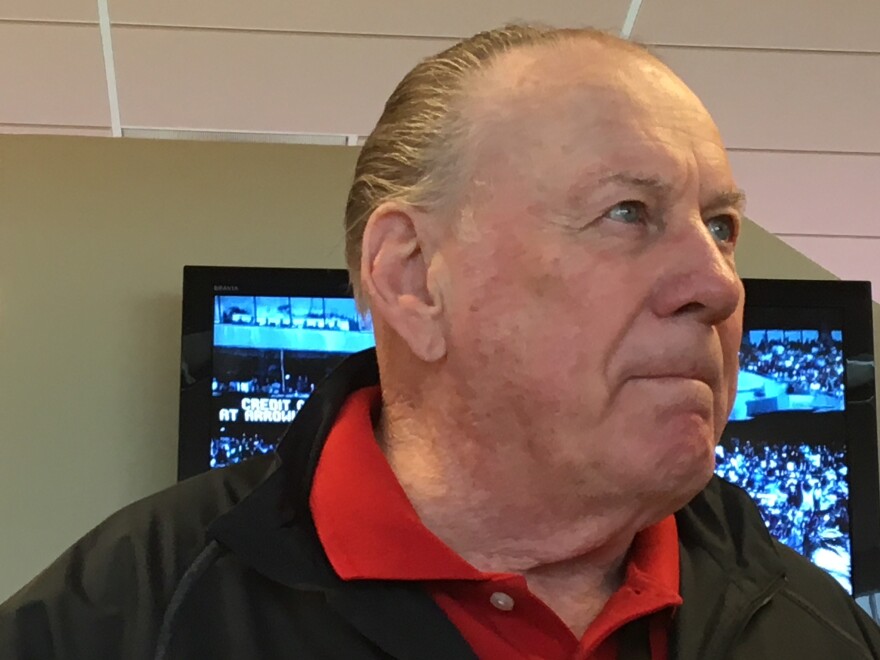 Dawson signed with the Dallas Texans in the fledgling AFL before the 1962 season and was reunited with coach Hank Stram, one of his assistant coaches at Purdue. The Texans won the AFL championship that year before moving to Kansas City.

In 1964, Dawson threw 30 touchdown passes, a Chiefs record until Patrick Mahomes shattered it with 50 in 2018. On the verge of breaking Dawson’s record, Mahomes said he talked to Dawson about it.

“When you throw 30 touchdowns in today’s league where there’s a lot more passing, you’re still having a great season,” Mahomes said in 2018. “For him to be that advanced, I mean he won a Super Bowl here. He was one of the best quarterbacks to ever play.”

“We were the underdog in that game,” he recalled in a 1993 interview. “We were supposed to get beat by a couple of touchdowns. Thankfully, we didn’t believe that.”

Dawson’s final season was in 1975 when he was 40. Behind an injury-decimated offensive line, he was sacked seven times in a late-season game. By then, Dawson said, he knew his playing career was over.

“It made my decision,” he said. “I said, ‘That’s it. I don’t need to take this whipping like this anymore.’”

Unbeknownst to Dawson in 1966, Chiefs president Jack Steadman started discussions with management at KMBC-TV and radio about working Dawson into the broadcasts.

“I didn’t have any idea he was doing that, so it ended up starting my broadcasting career,” Dawson said.

Not only did he remain a major figure in Kansas City, he also became well known for a groundbreaking national show on HBO called “Inside the NFL.”