This story has been updated.

That could mean some 4,000 jobs at the battery-making facility and more jobs for businesses supplying what officials described as the largest electric vehicle battery plant in the world.

Officials promised a payroll that will eventually cover some 4,000 jobs and predicted that thousands of other jobs in the region will spring from the factory in De Soto, Kansas. State subsidies topping $829 million for the project are tied to employment levels.

“We will be the production epicenter for batteries that will power the increasing demand for EVs in a more sustainable world," Governor Laura Kelly said. “Innovations happening right here in Kansas will accelerate the future of electric vehicles on a global scale.”

The deal comes after Kelly, a Democrat running for reelection, enlisted the help of the Republicans who control the Legislature to promise up to $1.3 billion in tax breaks and other incentives to land the massive economic development project. 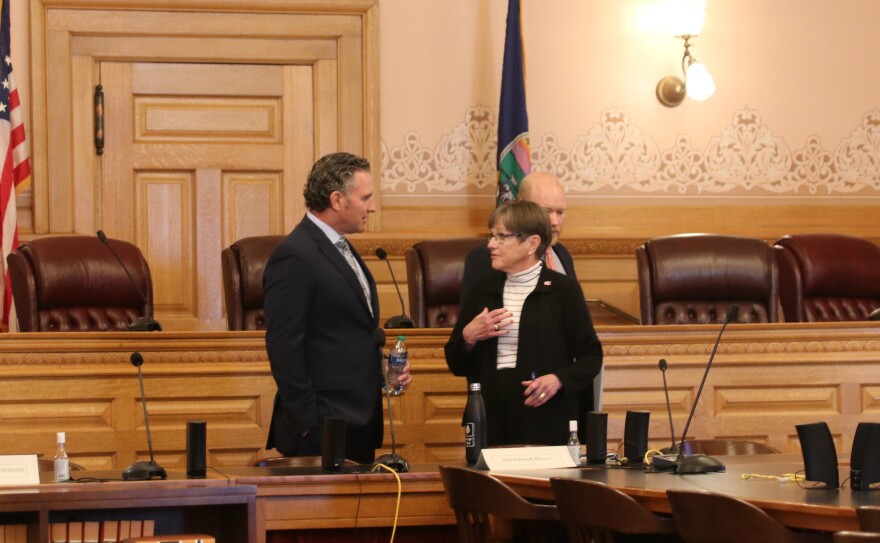 Kris Takamoto, executive vice president for Panasonic Energy, said during an announcement event that the company’s plant in Kansas will be part of its environmental effort.

“We’re thrilled to partner with Kansas,” he said. “Together with the people of Kansas, we will build an EV battery supply chain to (support a) more prosperous and sustainable future.”

Along with jobs, the billions in private spending and tax rebates raise new hopes to develop the site of the former Sunflower Army Ammunition Plant.

Developers have floated a range of projects for the land since it became contaminated making rocket propellant during the Vietnam War. The cost of cleaning up the land has scuttled one large development proposal after the next for decades.

In February, the Johnson County Board of Commissioners dissolved the long-dormant Sunflower Community Redevelopment Authority and gave more control to Sunflower Redevelopment, LLC, to find a use for the property.

That opened the way for De Soto and Sunflower Redevelopment to look into what was described publicly as plans for 10 million square feet of new industrial and light manufacturing space. The 9,000 acres, much of it recently annexed into De Soto, sits south of Kansas 10.

Lt. Gov. David Toland, who is also the state’s commerce secretary, confirmed the site would be the location for the Panasonic plant and said that the pollution has been cleaned up. 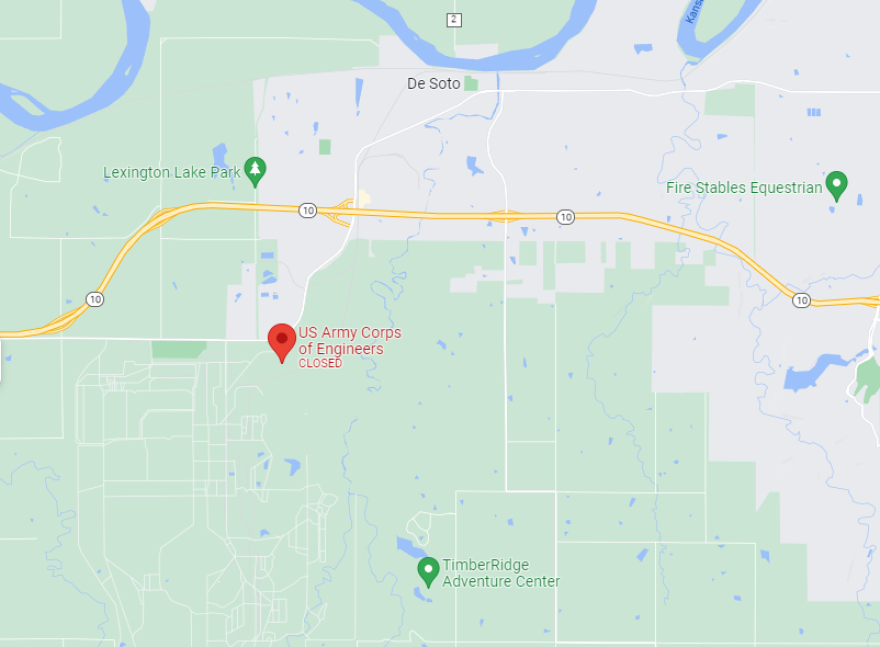 The Sunflower land at the western edge of Johnson County on the border with Leavenworth County is the largest undeveloped swath of property near Kansas City.

In the spring, the Legislature approved new rules giving state officials the ability to promise larger giveaways to entice employers to Kansas.

Kelly’s administration and key Republican lawmakers were told what company the state was courting, but they signed non-disclosure agreements promising to keep the information confidential.

That meant Kansas dramatically increased the tax breaks it could offer a manufacturer even while keeping secret from the public the name of the company, where it wanted to build in the state and what it might produce. It wasn’t known publicly, for instance, that the record-setting tax breaks would go to a foreign company.

And Elon Musk, who runs the Tesla plant in Texas that will benefit from a huge battery maker in Kansas, has since become a figure of increasing controversy. Most recently, he's tried to back out of his $40-plus billion purchase of Twitter.

In promoting the effort to land the company in Kansas, state officials projected an additional 4,000 jobs working for suppliers to supply the factory in addition to those directly working at the manufacturing plant.

Kelly made David Toland, her lieutenant governor and commerce secretary, the point person on the campaign to bring the Japanese manufacturer to the state. He argued that whether Kansas landed this company or not, changing the rules on tax incentives could put Kansas in play to entice other “megaprojects.”

That culminated on Wednesday when Panasonic confirmed it had chosen Kansas.

“Kansas has an impressive history of being home to a skilled manufacturing workforce,” said Kris Takamoto, Executive Vice President of Panasonic Energy. “We appreciate Kansas’s dedication to sustainability and its commitment to and growth in the clean and renewable energy space.” 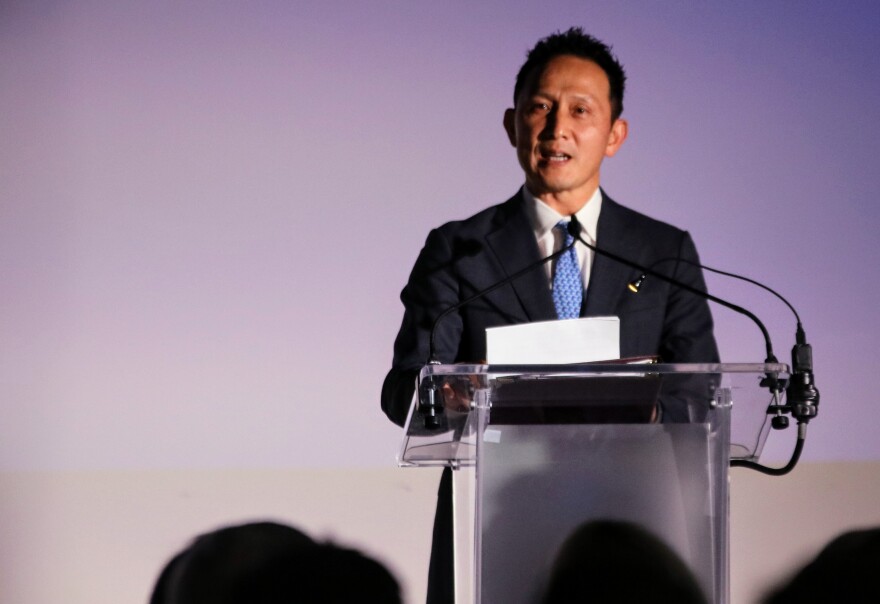 The incentives included in the legislation can only be used to recruit companies willing to invest at least $1 billion. They include:

Companies must agree to repay benefits if the performance metrics aren’t met. In addition, the state can claw back a percentage of the benefits if a company relocates to another state within 15 years of entering its agreement.

The new plant could conceivably help some everyday Kansans by purchasing significant amounts of electricity from its energy provider, Evergy.

Ashok Gupta, an energy economist with the Natural Resource Defense Council, said Evergy would sell electricity to the plant to produce the batteries. The more energy the plant purchases for its manufacturing, the less Kansas homeowners may need to pay to cover Evergy’s operating costs.

“That can in theory help all other customers lower their costs,” Gupta said. “This is a good economic development play.”

It could also be a boon to Evergy stockholders. Utilities prefer customers that demand large amounts of electricity at a steady rate because it makes it easier for them to build their capacity to match demand.

In April, Oklahoma lawmakers, at the urging of Republican Gov. Kevin Stitt, approved an incentive package aimed at keeping that state in the running for the plant. Targeted at projects of at least $3.6 billion, it authorized a rebate for 3.4% of a company’s investment in the year that it is made for up to five successive years. A summary of the bill put the value of the incentive at $700 million.

Stitt said the incentive package was aimed at making Oklahoma a destination for companies in the electric vehicle industry.

“Tens of billions of dollars are going to be invested over the next five to seven years in this space and we want Oklahoma to be the spot that these folks land,” Stitt said.

In March, Bloomberg News reported that Panasonic was in talks with both Kansas and Oklahoma officials about a site to manufacture lithium-ion batteries for Tesla and other electric vehicle makers.

The Bloomberg report cited unnamed sources saying the company had plans for bigger battery cells, what the company calls its 4680 model, to meet the demand to increase the range of electric vehicles. Bloomberg’s sources also said other kinds of batteries might be made at the plant. Panasonic is on pace to start making the 4680 batteries in Japan in the next year.

Japanese broadcaster NHK also reported earlier this year that Panasonic was eyeing Oklahoma and Kansas as possible locations, partly because they sit relatively close to the new “gigafactory” that Tesla is ramping up in Texas.

Both Kansas and Oklahoma are so-called right-to-work states where it’s easier for employers to keep out unions. Kazuo Tadanobu, chief executive officer of Panasonic’s energy business, told Bloomberg News that any new plant locations would turn on existing partnerships with the company and the economics of a region.

When Kansas legislators debated whether to OK the bigger tax breaks Kelly wanted, some lawmakers questioned the wisdom of clearing the way for a company that could already be profitable and that might bring environmental problems to the state. And some critics said the large-scale incentives put smaller businesses at a disadvantage.

State Senator Caryn Tyson, a Parker Republican, said one small business owner who urged her to oppose the incentive package said the title of the bill should be changed to “crony capitalism kicks existing Kansas businesses in the face.”

Dave Trabert, president of the Kansas Policy Institute, a conservative think-tank that lobbies for reduced government spending, said a better recruitment strategy would be to lower taxes for all companies operating in the state.

“We could give one big lollipop to one company, or we could wipe out the income tax liability of all the corporations in Kansas,” Trabert said when testifying against the incentive legislation.

But legislative leaders in both parties helped push the bill through after they signed non-disclosure agreements and learned the identity of what was then a mystery company.

“A project of this magnitude is something that can change the state for generations,” Senate President Ty Masterson, an Andover Republican, said in the spring.

Mark Williams heads a South Carolina-based firm that negotiates deals for companies looking for locations to expand. He said states that don’t have competitive incentives stand little chance of success.

Not only financially, he said, but psychologically.

Companies looking to make big investments, Williams said, “like it when they feel a state is embracing them and taking some risk with them.”

“From a decision-making perspective, that’s an important factor that I think is often overlooked,” he said.